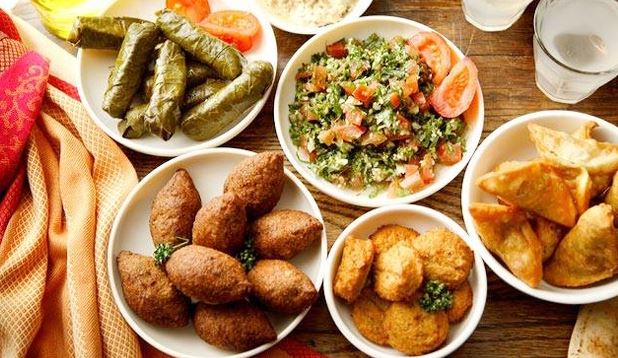 Host a Syrian Party! Here’s a brilliant and delicious idea to raise funds to support the Syrian Refugee Family while they transition to their new country. We want this family to have a life without war.  A life with possibilities and opportunities.  A life supported by a community who believes we are connected to God and each other by love. To do this, we need some creative and fun ways to fundraise.

In order to include family members, neighbours, colleagues and friends in this project, Fairlawn has launched the “Syrian Party Fundraiser” concept. Each volunteer Fairlawn host will be given a Syrian Party Kit. The kit contains invitations, recipes, suggested menus, pamphlets on the project for guests and thank you cards. Invite a bunch of people for a tea party, cocktail party, lunch or dinner. Serve a few Syrian hors d’oeuvres, or whatever you are comfortable making. Tell them about the Syrian Refugee Project and let them know in advance that you are asking for a donation to attend the party! Some hosts from Fairlawn have done this and asked for $20 to come for a cocktail party, and $25 or more to come for a dinner party. Some hosts leave the amount open. We have found that some attendees are way more generous than the suggested contribution.

This is a fun and delicious way to embrace action and help us bring hope and possibility to one family.

Stay in touch and get some great ideas for your own Syrian Party: