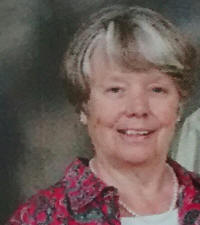 The Companion of CRC for Jannie Mills — going above and beyond!

CRC is awarding four more very special people with The Companion of CRC. Inaugurated in 2014, The Companion of CRC acknowledges those people whose extraordinary gifts of time, money or expertise have made a significant difference to the work of CRC at 40 Oaks.

An unwavering champion for social justice, it was through Jannie’s role as Chair of the Outreach Committee at St. James Bond United Church (before its amalgamation with Fairlawn Avenue United Church) that the very first major financial gift ($1.5 million) came to CRC making the 40 Oaks dream of affordable housing possible.

Jannie has served tirelessly on the CRC Board, the Advocacy Committee and the Human Resources Committee. As a role model for her colleagues throughout the community, Jannie continues to inspire others in all areas of social justice.

Congratulations Jannie from all your friends at Fairlawn!

To quote two supporters of Jannie’s nomination for the honour of Companion of CRC:

“Jannie was instrumental in creating the Fairlawn-CRC link and played the primary role in guiding St. James-Bond legacy funds towards the building of 40 Oaks. Simply put, it probably couldn’t have been built otherwise.” Gary Schlee, Chair, Governing Council 2010-2012 at Fairlawn Avenue United Church; and Director, CRC Board, 2013–present.

“It would be an understatement to say that the new CRC would not have been possible without Jannie’s commitment, passion and tenacity.” Rev. Michael Blair, Executive Director, CRC, 2003-2007; Executive Minister – Church in Mission, United Church of Canada