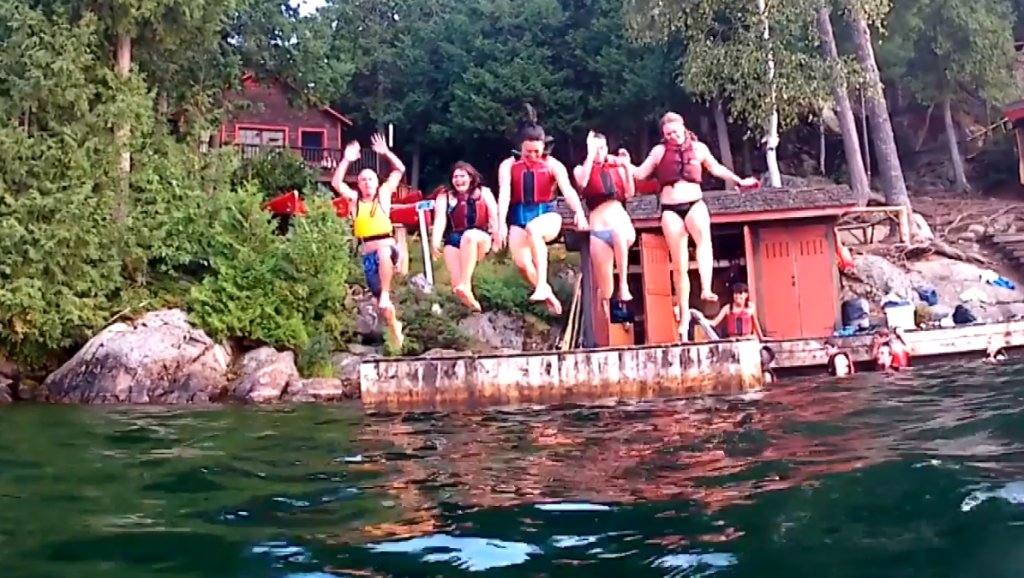 Gibimishkaadimin – Paddling Together for Truth & Reconciliation

Just a little more than one year ago, an exuberant group of nine Indigenous & nine non-Indigenous youth arrived in Toronto for a four-day reunion. They were celebrating the successful completion of an eight-day Temagami adventure in August 2019 called Gibimishkaadimin. For those new to the Fairlawn community, Gibimishkaadimin is an Anishinaabemowin word representing “paddling together by boat”.

It’s the name of a five-year pilot project offering youth aged 14-18 from across the country the opportunity to develop relationships with one another and with the land on a wilderness canoe trip. The trip is delivered through an Indigenous lens and is led by both Indigenous and non-Indigenous staff. The project itself is directed by a six-person board (three of whom are Indigenous) and is supported by the United Church of Canada and by three Toronto area United churches Bloor Street, Rosedale, and Fairlawn. The reunion marked the completion of our third year of operation.

In hindsight, it’s remarkable that those participants returned home from the reunion just two days before the World Health Organization declared COVID-19 a global pandemic, and just nine days before the government of Canada imposed the country’s first official lock-down. At the time, word of Gibimishkaadimin had been spreading, and the program for the summer of 2020 was already fully enrolled.

However, just a couple of months later, the Ontario government made the disappointing, but necessary announcement that overnight camps would not be permitted to operate during the summer of 2020. A few days ago, the Gibimishkaadimin board made the very difficult decision to again postpone the program – hopefully to be run again in the summer of 2022. We feel the risks to our participants, particularly those from isolated communities are simply too high.

The good news is the program’s funding is secure and our commitment to completing the five-year pilot remains firm. In the meantime, the Gibimishkaadimin board is looking at ways we can provide individual development opportunities to some of the Indigenous youth who have taken leader-in-training roles over the course of the project first three years.