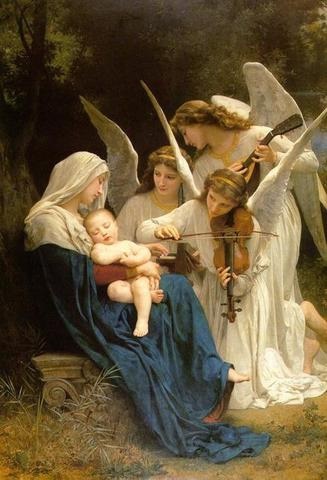 Once, as I remember, at the time of Yule,
After mid December, when it bloweth cool,
I o’erheard a mother was a-singing, “Sweet Jesu.”
Lullaby.

Near as man was able, on my knees fell I,
In the Bethlem stable, where the Babe did lie,
And the virgin Mother was a-singing, “Sweet Jesu.”
Lullaby.

See amid the winter’s snow,
Born for us on earth below;
See the tender Lamb appears,
Promised from eternal years:

Lo, within a manger lies
He who built the starry skies;
He who, throned in height sublime,
Sits amid the cherubim:

“As we watched at dead of night,
Lo, we saw a wondrous light;
Angels singing ‘Peace on earth’
Told us of the wondrous birth:”

Sacred infant, all divine,
What a tender love was thine,
Thus to come from highest bliss
Down to such a world as this:

Teach, O teach us, Holy Child,
By thy face so meek and mild,
Teach us to resemble thee,
In thy sweet humility:

Hail, thou ever blessed morn;
Hail, redemption’s happy dawn;
Sing through all Jerusalem,
Christ is born in Bethlehem.
(Edward Caswall, 1814-1878)

Gloria in excelsis Deo,
Et in terra pax. Alleluia.
(Glory to God in the highest,
And on earth peace. Alleluia.)

Lighting of the Third Advent Candle – Joy
The Karanicolas Family

Our God, heaven cannot hold Him,
Nor earth sustain,
Heaven and earth shall flee away
When He comes to reign;
In the bleak mid-winter
A stable-place sufficed
The Lord God Almighty,
Jesus Christ.

Angels and Archangels
May have gathered there,
Cherubim and seraphim
Thronged the air;
But only His Mother
In her maiden bliss
Worshipped the Belovèd
With a kiss.

Ding dong! merrily on high in heav’n the bells are ringing;
Ding dong! verily the sky is riv’n with angel singing.
Gloria, hosanna in excelsis!

E’en so here below, below, let steeple bells be swungen,
And io, io, io, by priest and people sungen.
Gloria, hosanna in excelsis!

Closing Carol It Came Upon the Midnight Clear

It came upon the midnight clear,
That glorious song of old,
From angels bending near the earth
To touch their harps of gold:
“Peace on the earth, good-will to men,
From heaven’s all-gracious King!”
The world in solemn stillness lay
To hear the angels sing.

Still through the cloven skies they come,
With peaceful wings unfurled;
And still their heavenly music floats
O’er all the weary world;
Above its sad and lowly plains
They bend on hovering wing;
And ever o’er its Babel sounds
The blessèd angels sing.

Yet with the woes of sin and strife
The world has suffered long;
Beneath the angel-strain have rolled
Two thousand years of wrong:
And man, at war with man, hears not
The love-song which they bring:
O hush the noise, ye men of strife,
And hear the angels sing!

For lo! The days are hastening on,
By prophet-bards foretold,
When, with the ever-circling years,
Comes round the age of gold:
When peace shall over all the earth
Its ancient splendours fling,
And the whole world send back the song
Which now the angels sing.
(Edmund H. Sears, 1849)

And the glory of the Lord shall be revealed.
And all flesh shall see it together,
For the mouth of the Lord hath spoken it.
(Isaiah 40:5) 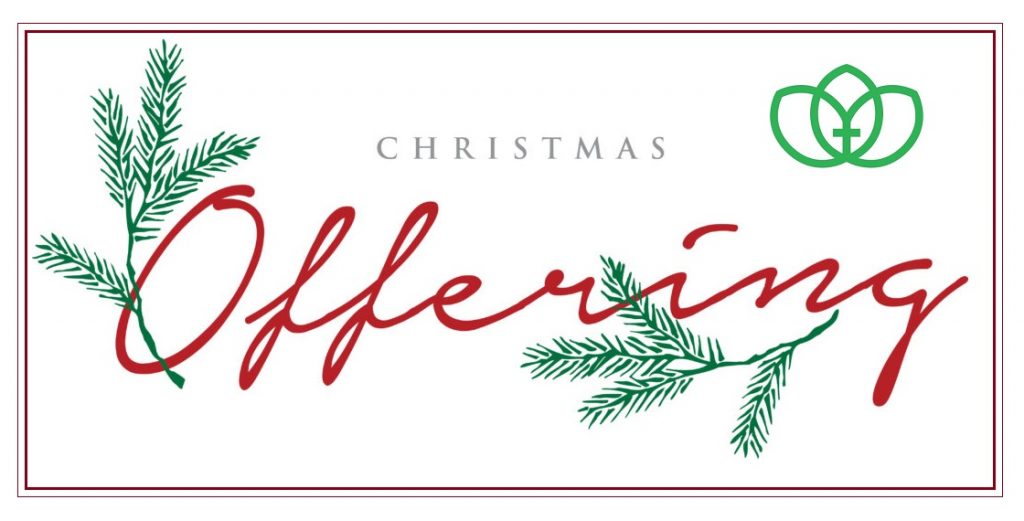 We are aware of how deeply you appreciate the music
of this season and the Christmas story being told – for
many of you this is a tradition that brings us together,
and has done for years. For many of us this is especially
meaningful this year, when our ability to gather with loved
ones is limited.

Your financial support to Fairlawn Avenue United, especially
at this time, ensures that we will be there for you and your family
for Christmases to come, telling the story and celebrating the music.

Once, as I Remember was written for Fairlawn Avenue Senior Choir, and first sung during Advent, 1995.

George Ratcliffe Woodward (1848-1934) was an English Anglican priest who wrote mostly religious verse, both original and translated from ancient authors. The best known of these were written to fit traditional melodies, mainly from the Renaissance era. He sometimes harmonized these melodies himself, but usually left it to his frequent collaborator, composer Charles Wood. In 1924, Wood and Woodward published A Cambridge Carol Book: Being Fifty-two Songs for Christmas, Easter and Other Seasons, which included this morning’s anthem arrangement of Ding Dong! Merrily on High.

David Willcocks (1919-2015) was an English conductor, organist, composer and arranger, and long considered Britain’s most esteemed choir director. During the course of his remarkable life, to name but a few of his many accomplishments, he was the Music Director of the King’s College Choir of Cambridge University, and was associated for many years with the Bach Choir, based in London, England. His work with both ensembles — renowned for the brightness, clarity and impeccable intonation he routinely summoned from his singers — was considered exquisitely representative of the modern English choral tradition. He was also the co-editor (along with John Rutter) of the beloved Carols for Choirs series – carol books found in virtually every church and community choir’s library. As a choral ambassador, Willcocks led ensembles in Canada, the United States and across the globe – and even worked with the Rolling Stones!

Edward Caswall (1814-1878) was a British Anglican clergyman and hymn writer. He was the curate at an Anglican parish from 1840 to 1847, but in January of 1847, he resigned his curacy and converted to Roman Catholicism. His widely used hymn texts and translations include the well-known Christmas carol See Amid the Winter’s Snow, as well as Jesus, the Very Thought of Thee, When Morning Gilds the Skies, and Earth Has Many a Noble City.

Gloria in excelsis Deo I was written for Fairlawn Avenue Senior Choir, and first sung during Advent, 1987.

Bob Chilcott (b. 1955) is a British choral composer, conductor and singer, based in Oxford, England. He has been called “a contemporary hero of British choral music”, and his compositions are performed worldwide. In his early years as a boy soprano chorister and choral scholar at King’s College, Cambridge, he sang the Pie Jesu in Gabriel Fauré’s Requiem on the famous 1967 King’s College recording, under the direction of the late Sir David Willcocks. In 1985 he joined the acclaimed vocal group the King’s Singers, and sang tenor with them for twelve years. Since 1997, he has worked as a full-time composer, and has written a wide variety of sacred and secular choral music. Bob’s compositions reflect his diverse taste in musical styles, and his commitment to writing music that is singable, as well as appealing and communicative to singers and listeners alike. A number of his 100+ published pieces have been translated into German, Swedish, Norwegian, and Slovenian.

Benjamin Britten (1913-1976) was an English composer, conductor and pianist. He was a central figure of 20th century British classical music, with a range of works including opera, sacred and secular vocal music, orchestral and chamber pieces. After a very successful three year trip to the United States, Britten and his longtime friend Peter Pears boarded a Swedish cargo ship in 1942 for their return to England. It was a long journey that took nearly a month. As U-boat activity was at its height, it was probably a rather frightening journey too. During the voyage, they berthed in Halifax, Nova Scotia, where Britten came across a book of medieval poems, and some of these poems he set for during the voyage from Nova Scotia to England, and called it Ceremony of Carols. Originally conceived for boys choir and harp, it has since become one of Britten’s best known and most performed works.

Howard Helvey (b. 1968) resides in Cincinnati, Ohio, where he is active as a composer, arranger and pianist, and serves as organist and choirmaster at the historic Calvary Episcopal Church. Nationally and internationally he is in frequent demand as a composer, conductor, and speaker. Known particularly for his choral music, his hundreds of compositions and arrangements have been featured on numerous recordings, national television and radio broadcasts, in such eminent venues as New York’s Carnegie Hall, the Walt Disney Concert Hall (LA), Chicago’s Orchestra Hall, the White House, the National Cathedral in Washington, D.C., and many locations throughout Europe and Asia. He holds a Bachelor of Music degree in composition from the University of Missouri-Columbia and a Master of Music degree in composition and piano performance from the University of Cincinnati’s College-Conservatory of Music.

Edmund H. Sears (1810-1876) was an American Unitarian minister and author who wrote a number of theological works influencing 19th century liberal Protestants. Although he wrote between 40 and 50 hymn texts, today, Sears is primarily known as the man who penned the words to It Came Upon the Midnight Clear. The carol has been sung to two tunes – the tune heard in this morning’s service was adapted by Arthur Sullivan (of Gilbert and Sullivan) from a traditional English air. In the last verse, Sears envisions a future where peace would reign over the earth, and humanity would send back the song of peace that the angels have sung in vain for so many centuries. 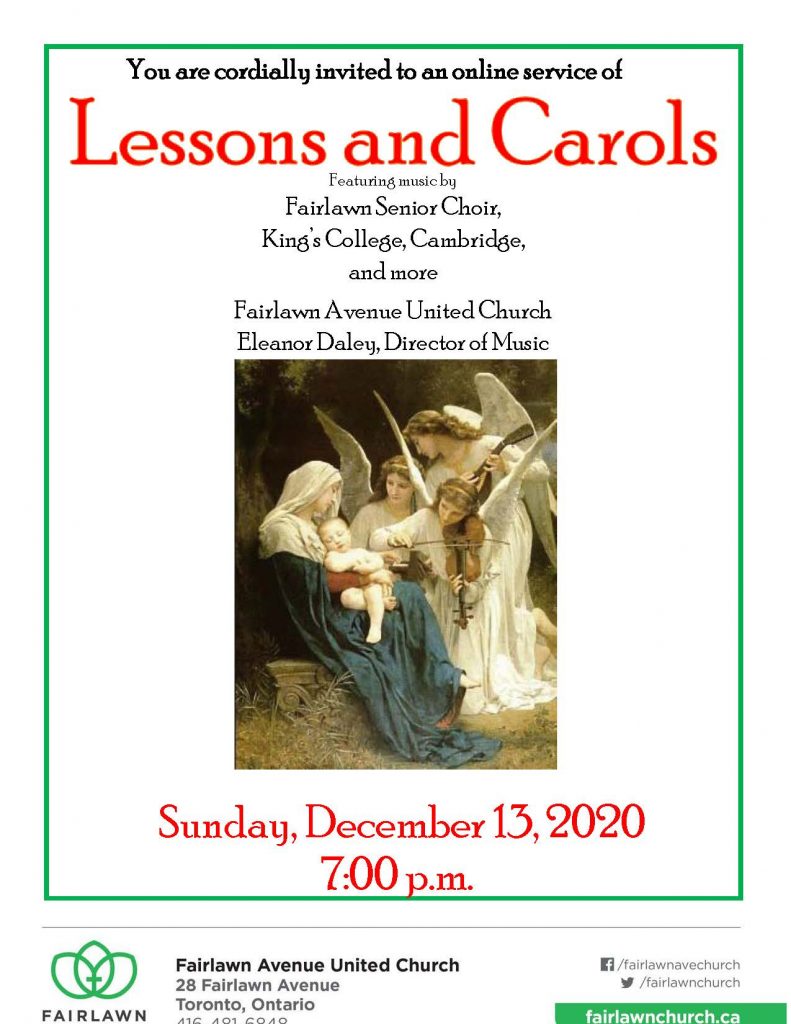