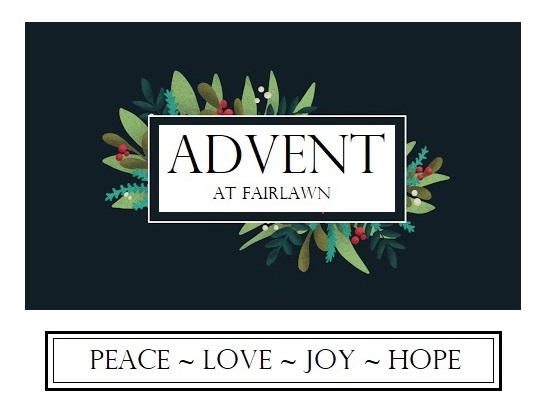 Christ, by highest heaven adored,
Christ, the everlasting Lord,
Late in time behold him come,
Off-spring of a virgin’s womb.
Veiled in flesh the God-head see,
Hail th’incarnate Deity!
Pleased as man with man to dwell,
Jesus, our Emmanuel.
Hark! the herald angels sing,
“Glory to the new-born King!”

Hail the heav’n-born Prince of Peace!
Hail the Sun of Righteousness!
Light and life to all he brings,
Risen with healing in his wings;
Mild he lays his glory by,
Born that man no more may die,
Born to raise the sons of earth,
Born to give them second birth.
Hark! the herald angels sing,
“Glory to the new-born King!”
(Charles Wesley, 1739)

Gloria in excelsis Deo,
Et in terra pax hominibus bonae voluntatis.
(Glory to God in the highest,
And on earth peace, good will to all people.)

Our God, heaven cannot hold Him,
Nor earth sustain,
Heaven and earth shall flee away
When He comes to reign;
In the bleak mid-winter
A stable-place sufficed
The Lord God Almighty,
Jesus Christ.

Angels, from the realms of glory,
Wing your flight o’er all the earth;
Ye who sang creation’s story,
Now proclaim Messiah’s birth:

Shepherds in the field abiding,
Watching o’er your flocks by night,
God with us is now residing,
Yonder shines the infant Light:

All creation, join in praising
God, the Father, Spirit, Son.
Evermore your voices raising
To th’eternal Three in One!

Angels we have heard on high
Sweetly singing o’er the plains,
And the mountains in reply,
Echo back their joyous strains.

Shepherds, why this jubilee?
Why your joyous strains prolong?
Say what may the tidings be
Which inspire your heavenly song?

Come to Bethlehem and see
Him whose birth the angels sing;
Come, adore on bended knee
Christ, the Lord, the newborn King. 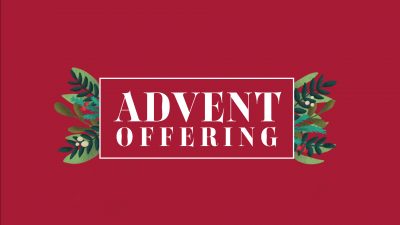 We are aware of how deeply you appreciate the music of this season – for many of you
this is a tradition that brings us together, and has done for years. For many of us this is
especially meaningful this year when our ability to gather with loved ones is limited.

Your financial support to Fairlawn Avenue United, especially at this time,
ensures that we will be there for you and your family for Christmases to come,
telling the story and celebrating the music.

David Willcocks (1919-2015) was an English conductor, organist, composer and arranger, and long considered Britain’s most esteemed choir director. During the course of his remarkable life, to name but a few of his many accomplishments, he was the Music Director of the King’s College Choir of Cambridge University, and was associated for many years with the Bach Choir, based in London, England. His work with both ensembles — renowned for the brightness, clarity and impeccable intonation he routinely summoned from his singers — was considered exquisitely representative of the modern English choral tradition. He was also the co-editor (along with John Rutter) of the beloved Carols for Choirs series – carol books found in virtually every church and community choir’s library. As a choral ambassador, Willcocks led ensembles in Canada, the United States and across the globe – and even worked with the Rolling Stones!

James Montgomery (1771-1854) was a Scottish-born hymn writer, poet and editor, who eventually settled in Sheffield, England. He was raised in the Moravian Church and theologically trained there, and his writings often reflect concern for humanitarian causes, such as the abolition of slavery and the exploitation of child chimney sweeps. His Christmas carol Angels From the Realms of Glory was first printed in a weekly newspaper on Christmas Eve, 1816. In Canada and the United States, it is commonly sung to the tune “Regent Square” – which is the tune employed in this morning’s anthem arrangement by Dan Forrest.

James Chadwick (1813-1882) was an Anglo-Irish Roman Catholic priest. He is most well known for writing the lyrics of the Christmas carol Angels We Have Heard on High.

Philip Ledger (1937-2012) was an English conductor, composer, organist, pianist, lecturer and teacher. He was educated at Bexhill grammar school and King’s College, Cambridge. As a teenager, he won top prizes in the fellowship examination of the Royal College of Organists, and it was as an organist that he began his professional career, becoming Master of Music at Chelmsford Cathedral in 1962 – at that time, the youngest holder of such a post in the country. In 1974, Ledger succeeded Sir David Willcocks as organist and director of music at King’s College, Cambridge. His work with the chapel choir was known principally through the annual broadcast of A Festival of Nine Lessons and Carols, but also included acclaimed recordings and a touring programme which took the choir to the US and Japan. Fairlawn Senior Choir presented the Canadian premiere of his Requiem – A Thanksgiving for Life in the spring of 2011.