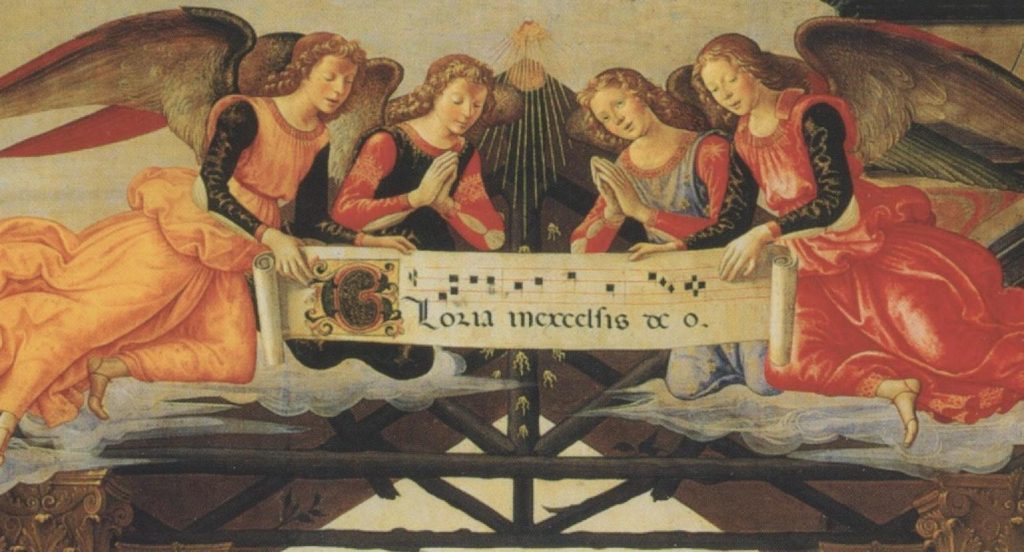 There’s a voice in the wilderness crying,
A call from the ways untrod:
Prepare in the desert a highway,
A highway for our God!
The valleys shall be exalted,
The lofty hills brought low;
Make straight all the crooked places
Where God, our God may go!

O Zion, that bringest good tidings,
Get thee up to the heights and sing!
Proclaim to a desolate people
The coming of their King.
Like the flowers of the field they perish,
Like grass our works decay;
The power and pomp of nations
Shall pass, like a dream, away.

But the word of our God endureth,
Whose arm is ever strong;
God stands in the midst of nations,
And soon will right the wrong.
God shall feed the flock like a shepherd,
The lambs so gently hold;
To pastures of peace will lead them,
And bring them safe to fold.

There’s a voice in the wilderness crying,
A call from the ways untrod:
Prepare in the desert a highway,
A highway for our God!
The valleys shall be exalted,
The lofty hills brought low;
Make straight all the crooked places
Where God, our God may go!
(James Lewis Milligan, 1876-1961) 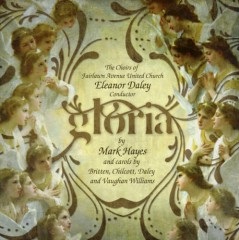 Gloria in excelsis Deo.
Glory to God in the highest.
Et in terra pax
hominibus bonae voluntatis.
And on the earth peace
to all those of good will.
Laudamus te. Benedicimus te.
Adoramus te. Glorificamus te.
We praise Thee. We bless Thee.
We worship Thee. We glorify Thee.
We give thanks to thee according to thy great glory!
Gloria in excelsis Deo!

On Jordan’s bank the Baptist’s cry
Announces that the Lord is nigh;
Come then and hearken, for he brings
Glad tidings of the King of kings.

Then cleansed be every Christian breast,
And furnished for so great a guest!
Yea, let us each our hearts prepare
For Christ to come and enter there.

For thou art our salvation, Lord,
Our refuge and our great reward;
Without thy grace our souls must fade,
And wither like a flower decayed.

Stretch forth thine hand, to heal our sore,
And make us rise to fall no more;
Once more upon thy people shine,
And fill the world with love divine.

The Chamber Orchestra heard in the Hayes Gloria is comprised of musicians from some of Toronto’s finest orchestras, including the Canadian Opera Company Orchestra, the National Ballet Orchestra, the Toronto Symphony Orchestra and the Tafelmusik Baroque Orchestra. All of the players have collaborated with the choirs of Fairlawn Avenue on numerous occasions in the past, and hope to do so again in the future, at such time as everyone is once again able to gather safely!

James Lewis Milligan (1876-1961) was born in Liverpool, England into a family of 9 children. The son of Anglican parents, he received an early education in Anglican schools, but left school at 12 to work in the building trades. As a teen, he began contributing verse to local newspapers, and in 1910 had a collection of his poetry published. With his family, he emigrated to Canada in 1911. They settled in Hastings County, Ontario, where Milligan became a Methodist pastor. Milligan spent 2 years as a lay minister for the Methodist Church; then became an editor for the Peterborough Review in 1913, and a military correspondent (and later editorial writer) for the Toronto Star in 1914. In 1922 he left to do public relations for the Church Union movement and later was involved with public relations for the Ontario provincial department of mines. He ended his career as editor of the Stratford Beacon-Herald, from which he retired in 1937.

Mark Hayes (b. 1953) is an internationally known award-winning concert pianist, composer, arranger, and conductor. Whether concertizing on the other side of the globe, or composing at his home in Kansas City, Missouri, Mark feels blessed to live out his mission “to create beautiful music for the world”. His compositions and arrangements, which draw from many diverse musical styles such as gospel, jazz, pop, folk and classical, can be found in the music libraries of churches and universities around the world. Mark’s 1,200+ published works include pieces for solo voice, solo piano, multiple pianos, orchestra, jazz combo, small instrumental ensembles, and choruses of all kinds. The Fairlawn Senior Choir has sung many of his anthems over the years, and has also had the privilege of presenting the Canadian premieres of two of his larger works with orchestra at past Special Music Sundays: Gloria (2010) – heard this morning for our online Special Music service, and featured on the choir’s CD titled “Gloria”, and Magnificat (2015).

Charles Coffin (1676-1749) was born in Buzancy, Ardennes in the Duchy of Rheim, and educated at College du Plessis. In 1701, he was appointed chief assistant to Charles Rollin, principal of the Collège de Beauvais, and succeeded Rollin as principal in 1712. That same year he was entrusted with the funeral oration for Louis, Duke of Burgundy, the father of Louis XV. In 1718 Coffin became rector of the University of Paris, a post which he held until his death. His publication “The Hymni Sacri” included a poem adapted from the original chant Jordanis oras praevia, which John Chandler later translated to the hymn On Jordan’s Bank the Baptist’s Cry, which is sung in churches of many denominations during the season of Advent.

John Chandler (1806-1876) was an English writer, translator and minister. Son of the vicar of Witley, Chandler was educated at Corpus Christi College, Oxford (BA 1827, MA 1830). He took Holy Orders in 1831, and became vicar of Witley in 1837. One of the earliest and most successful translators of Latin hymns, his translations arose out of a desire to see the ancient prayers of the Anglican liturgy accompanied by hymns of a corresponding date of composition. Two of Chandler’s most well known translations are On Jordan’s Bank the Baptist’s Cry and The Advent of Our God.

Georg Weissel (1590-1635) was a Prussian pastor who served a church in Königsberg for most of his career. One of the most important of the earliest hymn writers of Prussia, he wrote Macht hoch die Tür (Lift Up Your Heads) for the first Sunday of Advent. This morning’s choral commissioning is the text of the third verse, translated into English by Catherine Winkworth. Although Weissel wrote some 20 hymn texts in total, this hymn is the only one to endure. 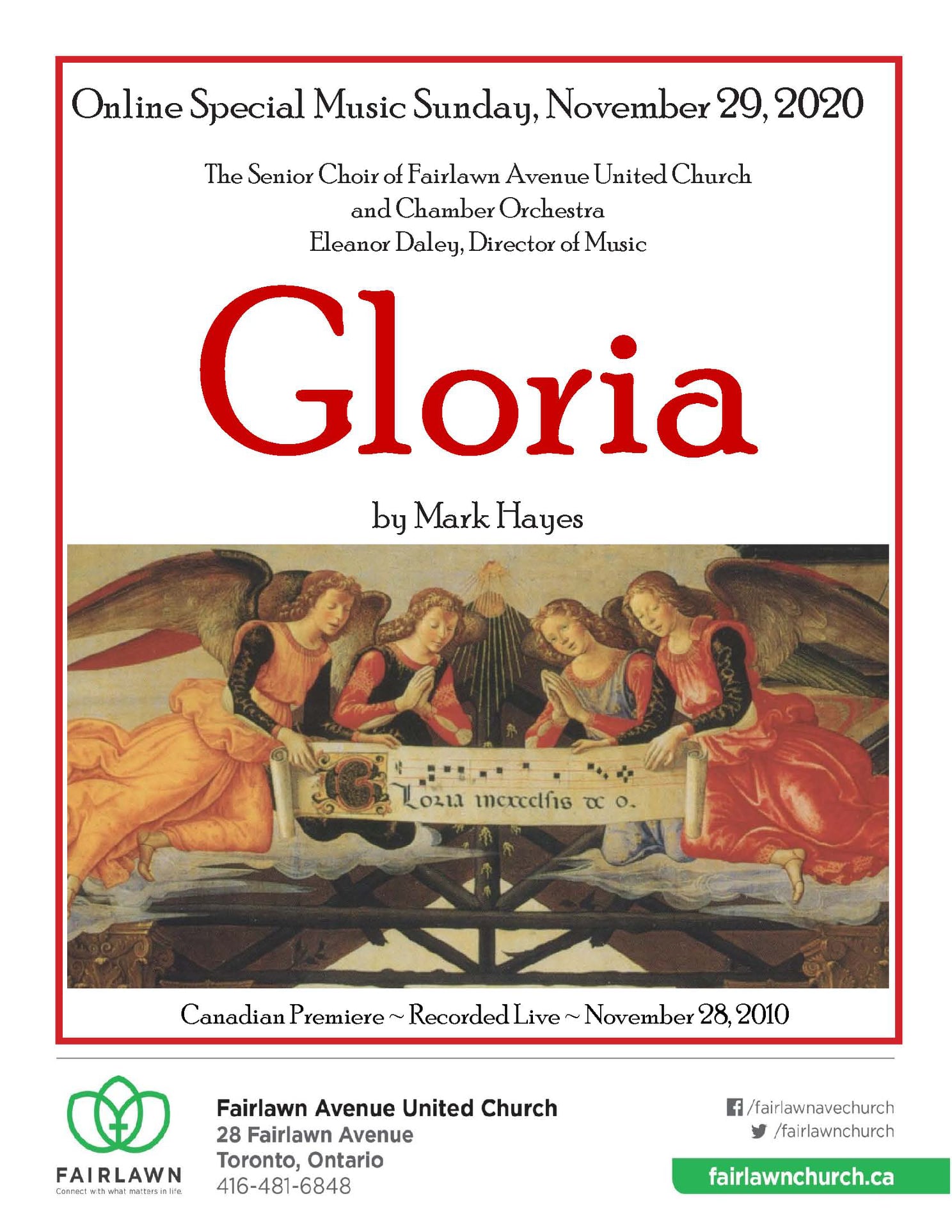