Rise Up, Rise Up! 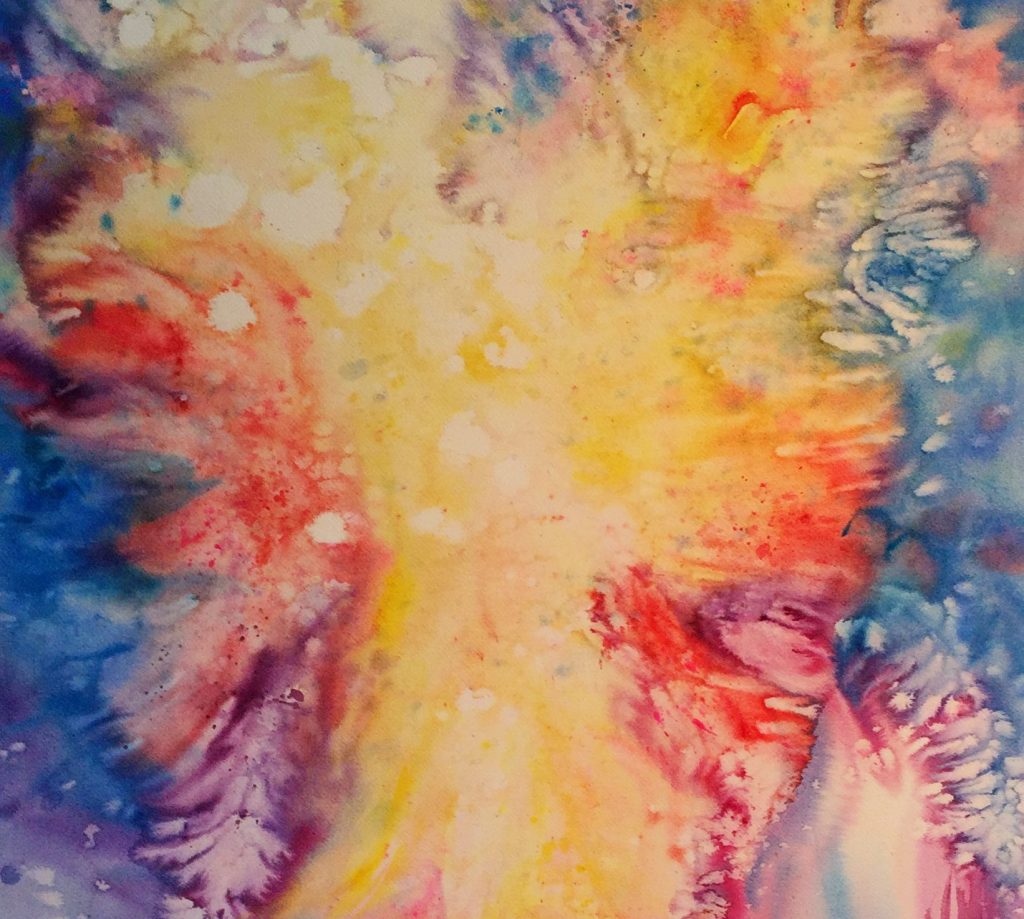 O clap your hands together, all ye people, O sing unto God with a voice of melody.
For the Lord is high, and to be feared, he is the great King of all the earth.
He shall subdue the people under us, and the nations under our feet.
He shall choose out an heritage for us, ev’n the worship of Jacob, whom he lovèd.

Glory be to the Father, and to the Son, and to the Holy Ghost,
As it was in the beginning, is now, and ever shall be, world without end. Amen.

Opening Hymn Hail the Day that Sees Him Rise           arr. Mack Wilberg (b. 1955)
The Mormon Tabernacle Choir and Orchestra

Hail the day that sees Him rise, Alleluia!
To His throne above the skies; Alleluia!
Christ, the Lamb for sinners given, Alleluia!
Enters now the highest heaven! Alleluia!

There for Him high triumph waits; Alleluia!
Lift your heads, eternal gates! Alleluia!
He hath conquered death and sin; Alleluia!
Take the King of glory in! Alleluia!

See! He lifts His hands above; Alleluia!
See! He shows the prints of love: Alleluia!
Hark! His gracious lips bestow, Alleluia!
Blessings on His church below. Alleluia!

Lord, beyond our mortal sight, Alleluia!
Raise our hearts to reach Thy height, Alleluia!
There Thy face unclouded see, Alleluia!
Find our heaven of heavens in Thee. Alleluia!
Amen.
(Charles Wesley, 1707-1788)

Hymn The Head That Once Was Crowned With Thorns

The highest place that heaven affords
Is His, by sovereign right,
The King of kings, and Lord of lords,
He reigns in perfect light.

To them the Cross, with all its shame,
With all its grace is given;
Their name, an everlasting name;
Their joy the joy of heaven.

They suffer with their Lord below,
They reign with Him above,
Their profit and their joy to know
The mystery of His love.

The cross He bore is life and health,
Though shame and death to Him:
His people’s hope, His people’s wealth,
Their everlasting theme.
(Thomas Kelly, 1769-1854)

Translation:
Today into the heavens has ascended
Jesus Christ, the King of Glory.
He sits at the Father’s right hand,
and rules heaven and earth.
Now all the psalms of David,
Our father, are fulfilled.
Now God is with God.
He sits upon the royal throne of God,
in this his greatest triumph,
Let us bless the Lord:
Let the Holy Trinity be praised,
let us give thanks to the Lord.
Alleluia! Amen.

Orlando Gibbons (1583-1625) was an English composer, virginalist and organist who was one of the last masters of the English Madrigal School. By the 1610s he was the leading composer and organist in England, although his career was unfortunately cut short by his sudden death in 1625. As a result, Gibbons’ oeuvre was not as large as that of his contemporaries, but his compositional versatility led to him to write significant works in virtually every form of his day. He is often seen as a transitional figure from the Renaissance to the Baroque periods. Throughout his professional career, Gibbons had increasingly good relations and supportive patrons with many influential people of the English court – most notably, King James I and Prince Charles. The most important position achieved by Gibbons was his appointment in 1623 as the organist at Westminster Abbey – a post he held for two years until his death.

Mack Wilberg (b. 1955) has been the music director of the Mormon Tabernacle Choir since 2008. He is a former Professor of Music at Brigham Young University and is active as a composer, arranger, guest conductor and clinician throughout the United States and abroad. His compositions and arrangements are performed and recorded by choral organizations throughout the world. In addition to the many compositions, he has written for the Mormon Tabernacle Choir, his works have also been performed by such artists as Renée Fleming, Frederica von Stade, Bryn Terfel, and the King’s Singers. Dr. Wilberg received his bachelor’s degree from Brigham Young University and his master’s and doctoral degrees from the University of Southern California.

Ralph Vaughan Williams (1872-1958) was an English composer and some-time organist and choir director. His works include operas, ballets, chamber music, secular and religious vocal pieces and orchestral compositions including nine symphonies, written over sixty years. Strongly influenced by Tudor music and English folksong, his output marked a decisive break in British music from its German-dominated style of the 19th century. Vaughan Williams was born to a well-to-do family with strong moral views and a progressive social outlook. Throughout his life he sought to be of service to his fellow citizens, and believing in making music as available as possible to everybody, he wrote many works for amateur and student performance. Vaughan Williams is among the best-known British symphonists, noted for his very wide range of moods, from stormy and impassioned to tranquil, from mysterious to exuberant. Among the most familiar of his other concert works are Fantasia on a Theme by Thomas Tallis (1910) and The Lark Ascending (1914). His vocal works include hymns, folk-song arrangements and both small and large-scale choral pieces. Two episodes made notably deep impressions in Vaughan Williams’ personal life. The First World War, in which he served in the army, had a lasting emotional effect. Twenty years later, though in his sixties and devotedly married, he was reinvigorated by a love affair with a much younger woman (Ursula Wood), who, by all accounts, seems to have been adopted by his wife Adeline in the most amicable way, to be her successor, and who did indeed become his second wife when Adeline passed away at the age of eighty. Vaughan Williams composed his last symphony just months before his death at the age of eighty-five.

George Herbert (1593-1633) was a Welsh-born poet, orator, and priest of the Church of England. His poetry is associated with the writings of the metaphysical poets, and he is recognized as “one of the foremost British devotional lyricists.” He was born into an artistic and wealthy family, and largely raised in England. He received a good education that led to his admission to Trinity College, Cambridge in 1609. He went there with the intention of becoming a priest, but he became the University’s Public Orator and attracted the attention of King James I. He served in the Parliament of England in 1624 and briefly in 1625. After the death of King James, Herbert renewed his interest in ordination. He gave up his secular ambitions in his mid-thirties and took holy orders in the Church of England, spending the rest of his life as the rector of the little parish of St Andrew’s Church in Salisbury. He was noted for unfailing care for his parishioners, bringing the sacraments to them when they were ill and providing food and clothing for those in need. Henry Vaughan called him “a most glorious saint and seer.” Herbert was never a healthy man and died of consumption at age 39.

Thomas Kelly (1769-1854) initially studied for the Bar at Trinity College, Dublin, but he abandoned the study of law, in favour of preaching the Gospel, and became a clergyman of the Church of Ireland in 1792. He was also a poet, musician, and linguist. His hymns can be found in all of the principal hymn books of Great Britain, Canada, and the USA.

Howard Helvey (b. 1968) resides in Cincinnati, Ohio, where he is active as a composer, arranger and pianist, and serves as organist & choirmaster at the historic Calvary Episcopal Church. Nationally and internationally he is in frequent demand as a composer, conductor, and speaker. Known particularly for his choral music, his hundreds of compositions and arrangements have been featured on numerous recordings, national television and radio broadcasts, in such eminent venues as New York’s Carnegie Hall, the Walt Disney Concert Hall (LA), Chicago’s Orchestra Hall, the White House, the National Cathedral in Washington, D.C., and many locations throughout Europe and Asia. He holds a Bachelor of Music degree in composition from the University of Missouri-Columbia and a Master of Music degree in composition and piano performance from the University of Cincinnati’s College-Conservatory of Music.

Cecil Frances Alexander (1818-1895) was an Anglo-Irish hymnodist and poet. “All Things Bright and Beautiful”, “There Is a Green Hill Far Away” and the Christmas carol “Once in Royal David’s City” are three of her most well-known hymn texts.

Charles Villiers Stanford (1852-1924) was an Irish composer, music teacher, and conductor. Born to a highly musical family in Dublin, he studied at Trinity College, Dublin, and Queen’s College, Cambridge. Between 1874 and 1877 he also studied in Leipzig and Berlin. While still an undergraduate, Stanford was appointed organist of Trinity College, Cambridge. In 1882, aged 29, he was one of the founding professors of the Royal College of Music, where he taught composition for the rest of his life, and from 1887 on, he was also Professor of Music at Cambridge. As a teacher, Stanford was skeptical about modernism, and based his instruction chiefly on classical principles as exemplified in the music of Brahms. Among his pupils were rising composers whose fame went on to surpass his own, such as Gustav Holst and Ralph Vaughan Williams.