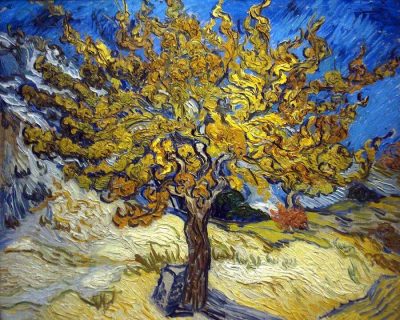 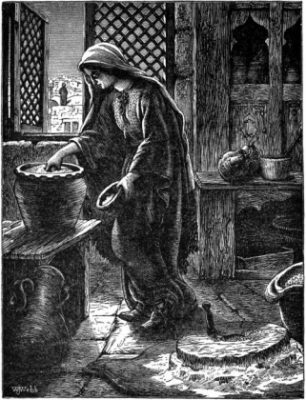 Opening Hymn Praise to the Lord, the Almighty

Wherever you go, sow a seed along the way.
A seed of love, however small it be,
May one day grow into a tree.

Wherever you go, sow a seed along the way.
A seed of faith, however small it be,
May one day grow into a tree.

Christ, whose glory fills the skies,
Christ the true, the only light,
Sun of righteousness, arise,
Triumph o’er the shades of night.
Dayspring from on high, be near;
Daystar, in my heart appear.

Dark and cheerless is the morn
Unaccompanied by thee;
Joyless is the day’s return,
Till thy mercy’s beams I see,
Till they inward light impart,
Cheer my eyes and warm my heart.

Visit then this soul of mine,
Pierce the gloom of sin and grief;
Fill me, radiancy divine,
Scatter all my unbelief;
More and more thyself display,
Shining to the perfect day.
(Charles Wesley, 1740, alt.)

Lord, help me spread your fragrance wherever I go.
Flood my soul with Your Spirit and life.
Penetrate and possess my whole being so utterly
That my life may be only a radiance of Yours.
Shine through me, and be so in me
That every soul I know will feel Your presence in my soul.
Let them look up and see no longer me, but only You. Amen.
(From the Daily Prayer of Mother Teresa, 1910-1997)

Closing Hymn All My Hope on God is Founded

All my hope on God is founded;
He doth still my trust renew:
Me through change and chance he guideth,
Only good and only true.
God unknown, he alone
Calls my heart to be his own.

Pride of man and earthly glory,
Sword and crown betray his trust;
What with care and toil he buildeth,
Tower and temple fall to dust.
But God’s power, hour by hour,
Is my temple and my tower.

Still from earth to God eternal,
Sacrifice of praise be done,
High above all praises praising
For the gift of Christ his Son.
Christ doth call one and all,
Ye who follow shall not fall.
(Joachim Neander, 1650-1680)

This morning’s anthem is reprinted under onelicense.net #A-717945. Prayer of Mother Teresa – words by Mother Teresa of Calcutta, used by permission of the Mother Teresa Centre, music arrangement © 2019 Beckenhorst Press Inc. All rights reserved.

Gabriel Fauré (1845-1924) was a French composer, organist, pianist, and teacher. He was one of the foremost French composers of his generation, and his musical style influenced many 20th-century composers. Among his best known works are his Requiem, Pavane, Sicilienne, nocturnes for piano and the songs Après un Rêve and Claire de Lune. Although his more well known and most accessible compositions are generally his earlier ones, Fauré composed many of his most highly regarded works in his later years, in a more harmonically and melodically complex style.

Mother Teresa of Calcutta (1910-1997) was a Roman Catholic nun from the Republic of Macedonia who adopted India as her country of service. She dedicated her life to the service of the poor, the ailing, and the destitute through the Missionaries of Charities, an order of Roman Catholic nuns, in Calcutta, India. She once said, “Love cannot remain by itself – it has no meaning. Love has to be put into action, and that action is service.” Her work transcended geo-political borders and she encompassed the whole of humanity in her healing embrace. Her work was recognized through numerous international and national awards and recognitions. She was canonized at a ceremony in St. Peter’s Square at the Vatican by Pope Francis on September 4, 2016, and came to be known as Saint Teresa of Calcutta.

John Newton (1725-1807) was an Anglican clergyman and abolitionist. He started his career at sea at a young age, and worked on slave ships in the slave trade for several years, but after experiencing a Christian conversion, Newton eventually renounced his trade and became ordained as an evangelical Anglican cleric. He became a prominent supporter of abolition and lived to see the UK’s abolition of the African slave trade in 1807, just before his death. Amazing Grace is his most well known hymn.

The Mulberry Tree in Autumn https://www.vincentvangogh.org/the-mulberry-tree-in-autumn.jsp
The Parable of the Leaven http://www.finedictionary.com/leaven.html
Photograph of Fairlawn Avenue United Church by Elaine Perkins 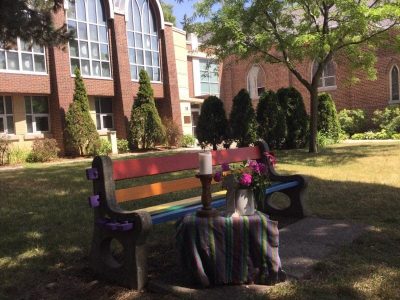