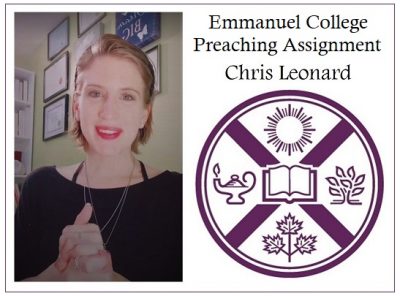 Bring us, O Lord God, at our last awakening
into the house and gate of heav’n:
to enter into that gate and dwell in that house,
where there shall be no darkness nor dazzling, but one equal light;
no noise nor silence, but one equal music;
no fears nor hopes, but one equal possession;
no ends nor beginnings, but one equal eternity;
in the habitation of thy glory and dominion, world without end.
Amen.
(John Donne, 1572-1631)

Opening Hymn Lord, Who Throughout These Forty Days

Lord, who throughout these forty days,
For us did fast and pray,
Teach us with you to mourn our sins,
And close by you to stay.

As you with Satan did contend,
And did the vict’ry win,
O give us strength in you to fight,
In you to conquer sin.

As you did hunger, bear, and thirst,
So teach us, gracious Lord,
To die to self, and always live
By your most holy word.

And through these days of penitence,
And through your Passiontide,
Forevermore, in life and death,
O Lord, with us abide.

Abide with us that when this life
Of suffering is past,
An Easter of unending joy
We may attain at last!
(Claudia Frances Hernamen, 1873)

‘Tis good, Lord, to be here!
Your glory fills the night;
Your face and garments, like the sun,
Shine with unborrowed light.

‘Tis good, Lord, to be here,
Your beauty to behold,
Where Moses and Elijah stand,
Your messengers of old.

The glory of these forty days
We celebrate with songs of praise;
For Christ, by whom all things were made,
Himself has fasted and has prayed.

Alone and fasting, Moses saw
The loving God who gave the law;
And to Elijah, fasting, came
The steeds and chariots of flame.

So Daniel trained his mystic sight,
Delivered from the lion’s might;
And John, the bridegroom’s friend, became
The herald of Messiah’s name.

Then grant us, Lord, like them to be
Full oft in fast and prayer with thee;
Our spirits strengthen with thy grace,
And give us joy to see thy face.

O Father, Son, and Spirit blest,
To thee be every prayer addressed,
Who art in threefold name adored,
From age to age, the only Lord.
(Latin, 6th century,
Trans. Maurice F. Bell, 1862-1947)

Throughout these Lenten days and nights
we turn to walk the inward way,
where, meeting Christ, our guide and light,
we live in hope till Easter Day.

The Pilgrim Christ, the Lamb of God,
who found in weakness greater power,
embraces us, though lost and flawed,
and leads us to his Rising Hour.

We bear the silence, cross and pain
of human burdens, human strife,
while sisters, brothers help sustain
our courage till the Feast of Life.

And though the road is hard and steep,
the Spirit ever calls us on
Through Calvary’s dying, dark and deep,
until we see the coming Dawn.

So let us choose the path of One
who wore, for us, the crown of thorn,
and slept in death that we might wake
to life on Resurrection Morn!

This morning’s anthem and closing hymn texts are reprinted under onelicense.net #A-717945. The Glory of These Forty Days, translation by Maurice E. Bell, © Oxford University Press. Throughout These Lenten Days and Nights – words by James Gertmenian, © 1993 Hope Publishing Company. All rights reserved.

William H. Harris (1883-1973) was an English organist, composer and choral trainer, affectionately nicknamed “Doc H” by his choristers. From 1923 to 1953, he served as a professor of organ and harmony at the Royal College of Music, and was also president of the Royal College of Organists (1946-1948), and director of musical studies at the Royal School of Church Music (1956-1961). Although he wrote cantatas and organ pieces, Harris is best remembered today for his church music, though during his lifetime he was mainly known for his achievements as a choir-trainer.

John Donne (1572-1631) was an English poet, scholar, soldier, member of Parliament, and cleric in the Church of England. Under royal patronage, he was also Dean of St. Paul’s Cathedral from 1621 until his death. Considered to be the preeminent representative of the metaphysical poets, his works include sonnets, love poems, religious poems, sermons, Latin translations, elegies, songs, and satires. Despite his great education and poetic talents, Donne lived in poverty for several years, relying heavily on his wealthy friends. In 1615, he was ordained deacon and then Anglican priest, although he did not want to take Holy Orders, and only did so because the king (James I) ordered it.

Claudia Frances Hernaman (1838-1898) was born in Surrey, England, and died in Brussels, Belgium. She was the daughter of an Anglican minister, and she married a minister who also served as a school inspector. Like so many other women hymn writers of the nineteenth century, she was devoted to the religious education of children. Toward this end, Hernamen wrote more than 150 hymns, some original and some translated from Latin, many of which were specifically for children. Her hymn “Lord, Who Throughout These Forty Days” signals the beginning of Lent, and is often sung during Ash Wednesday services or throughout the season of Lent. Forty is a number with special biblical significance. It rained for forty days and nights when the earth was overtaken by floodwaters, and Noah waited another forty days before opening the window of the Ark. Israel wandered in the desert for forty years. Jesus was seen on earth following the resurrection for forty days. In this case, Christ’s forty days in the wilderness signifies the forty days of Lent.

Turlough O’Carolan (1670-1738) was a blind Celtic harp player, composer and singer in Ireland whose great fame is due to his gift for melody. For almost fifty years, he journeyed from one end of Ireland to the other, composing and performing his tunes – both songs and instrumental harp music, which reflected various styles of composition. Most of these compositions were not published or even written down in his lifetime. They survived in the repertoires of fiddlers, pipers, and the last of the old Irish harpers/singers, and began to be collected and published during the late 18th century and beyond. Although not a composer in the classical sense, Carolan is considered by many to be Ireland’s national composer.

Joseph Armitage Robinson (1858-1933) was a scholar and a priest in the Church of England. He was educated at Liverpool College and Christ’s College, Cambridge. He was ordained deacon in 1881, priest in 1882, and held a number of degrees, including Bachelor of Divinity (1891) and Doctor of Divinity (1896). Robinson served as Dean of Westminster Abbey from 1902 to 1911, and Dean of Wells Cathedral from 1911 until his death.

Maurice F. Bell (1862-1947) was born in London, England. He graduated from Hertford College, Oxford (B.A. 1884, M.A. 1887), was ordained Anglican deacon in 1885, and priest in 1886. In 1887 he sailed to Calcutta to be a missionary, but he could not stand the hot climate and returned to England less than a year later. He was briefly the chaplain of Christ Church, Oxford, and in 1896 he accepted the incumbency of St Catherine’s, Liverpool. In 1904, Bell and his wife moved to London, where he became Vicar of St. Mark’s, Regent’s Park. A talented organist and composer, he wrote and lectured on musical matters, and also contributed to a number of hymn translations and an original hymn to The English Hymnal.

The Rev. Dr. James Gertmenian (b. 1947) was raised in Southern California and received degrees from Oberlin College (Ohio) and Union Theological Seminary (New York City). Ordained by the United Church of Christ, he served a rural parish in upstate New York, founded a new church development in Danbury, Connecticut, and led an historic parish in Weston, Connecticut before becoming Senior Minister of Plymouth Congregational Church in downtown Minneapolis, MN. In that role from 1996 until 2015, Gertmenian was heavily involved in combatting homelessness, and also led his congregation to take an active role in efforts that contributed to the acceptance by Minnesota’s voters of marriage equality for LGBTQ people. His hymns appear in various denominational and independent hymnals.

Moses Hogan (1957-2003) was an American pianist, conductor, composer and arranger of choral music, best known for his setting of spirituals. His works are celebrated and performed by high school, college, church, community and professional choirs across the globe. Hogan received his Bachelor of Music degree from the Oberlin Conservatory of Music and also studied at the Julliard School of Music, and later, in Vienna. In 1997, he founded the “Moses Hogan Singers”; their first album was released in 2002. A year later, he tragically died of a brain tumour at the age of 45. 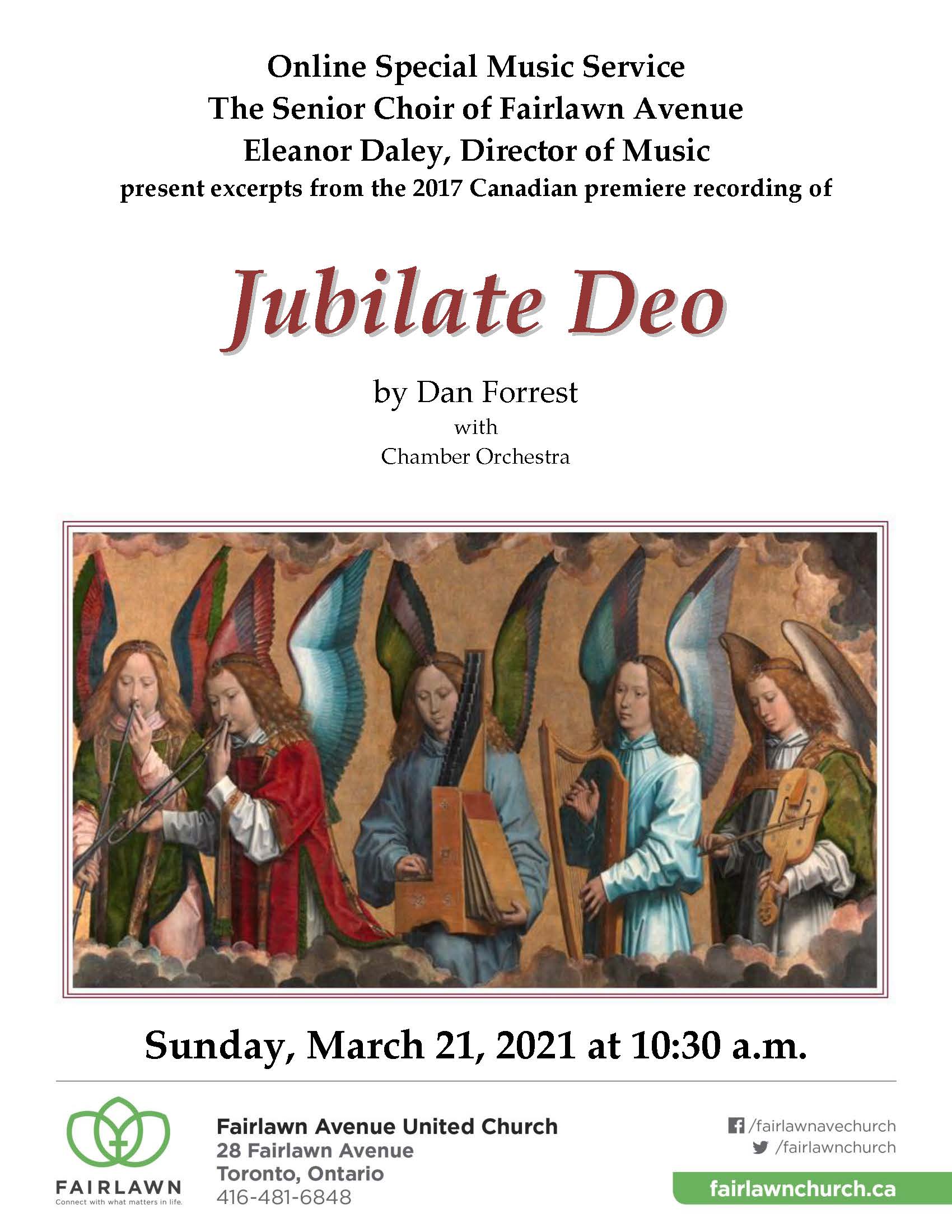