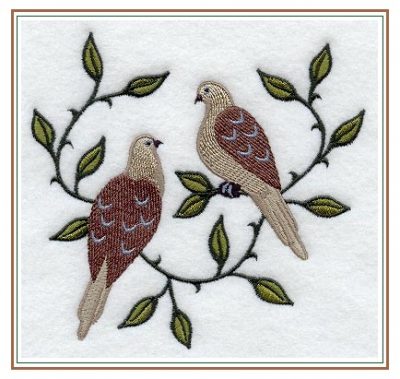 Torches, torches, run with torches all the way to Bethlehem!
Christ is born and now lies sleeping; come and sing your song to him!

Ah, Roro, Roro, my baby, ah Roro, my love, Roro.
Sleep you well, my heart’s own darling, while we sing you our Roro.

Sing, my friends, and make you merry, joy and mirth and joy again;
Lo, he lives, the King of heaven, now and evermore. Amen.
(Trans. J. B. Trend from the Galician)

Carol All Poor Men and Humble

All poor men and humble, all lame men who stumble,
Come haste ye, nor feel ye afraid;
For Jesus, our treasure, with love past all measure,
In lowly poor manger was laid.
Though wise men who found him laid rich gifts around him,
Yet oxen they gave him their hay;
And Jesus in beauty accepted their duty;
Contented in manger he lay.

Then haste we to show him the praises we owe him;
Our service he ne’er can despise,
Whose love still is able to show us that stable,
Where softly in manger he lies.
(Katharine Emily Roberts, 1927)

Ding dong! merrily on high in heav’n the bells are ringing;
Ding dong! verily the sky is riv’n with angel singing.
Gloria, hosanna in excelsis!

E’en so here below, below, let steeple bells be swungen,
And io, io, io, by priest and people sungen.
Gloria, hosanna in excelsis!

While shepherds kept their watching
O’er silent flocks by night,
Behold, throughout the heavens
There shone a holy light.

The shepherds feared and trembled
When lo, above the earth
Rang out the angel chorus
That hailed the Saviour’s birth.

Down in a lowly manger
The humble Christ was born,
And brought us our salvation
That blessèd Christmas morn.

For unto us a Child is born,
Unto us a Son is given,
And the government shall be upon His shoulder,
And His name shall be callèd:
Wonderful, Counsellor, the Mighty God,
The Everlasting Father, the Prince of Peace!
(Isaiah 9:6)

John Joubert (1927-2019) was a British composer of South African birth, who lived in Birmingham, England for over 50 years. A music academic in the universities of Hull and Birmingham for 36 years, he took early retirement to concentrate on composing, and remained active into his 80s. Although perhaps best known for his choral works, particularly the carols Torches and There is No Rose of Such Virtue, Joubert composed over 160 works including three symphonies, four concertos and seven operas.

David Willcocks (1919-2015) was a conductor, organist, composer and arranger, and long considered Britain’s most esteemed choir director. During the course of his remarkable life, to name but a few of his many accomplishments, he was the Music Director of the King’s College Choir of Cambridge University, and was associated for many years with the Bach Choir, based in London, England. His work with both ensembles — renowned for the brightness, clarity and impeccable intonation he routinely summoned from his singers — was considered exquisitely representative of the modern English choral tradition. He was also the co-editor (along with John Rutter) of the beloved Carols for Choirs series – carol books found in virtually every church and community choir’s library, and in which his arrangement of this morning’s opening hymn and first anthem appears. As a choral ambassador, Willcocks led ensembles in Canada, the United States and across the globe – and even worked with the Rolling Stones!

George Ratcliffe Woodward (1848-1934) was an English Anglican priest who wrote mostly religious verse, both original and translated from ancient authors. The best known of these were written to fit traditional melodies, mainly from the Renaissance era. He sometimes harmonized these melodies himself, but usually left it to his frequent collaborator, composer Charles Wood. In 1924, Wood and Woodward published “A Cambridge Carol Book: Being Fifty-two Songs for Christmas, Easter and Other Seasons”, which included this morning’s anthem Ding Dong! Merrily on High.

Katharine Emily (Clayton) Roberts (1877-1962) was born in Leicester, England. Her father was a Bishop and her mother was active in the woman’s suffrage movement. She married Rev. Robert Edwin Roberts who was born in Wales, served as a Master at the Choir School of Westminster Abbey and later became Canon of the Church of England and Dean of Leicester Cathedral. Katharine translated and freely paraphrased Welsh carols for “The Oxford Book of Carols”. Translations include this morning’s second hymn All Poor Men and Humble, and her paraphrases include Now the Joyful Bells A-Ringing – better known in its secular version as Deck the Halls.

Various legends, registering differing degrees of reality and truth, inevitably surround such a famous and long-lived composition as Messiah by George Frideric Handel (1685-1759). It is known that he wrote most of the work in an astonishingly short three weeks time, beginning on August 22, 1741. Another legend attached to the work relates to his inspiration, which casts the frenzied composition as a sort of divine dictation. Handel is said to have emerged at some point (usually, it is noted, after finishing the Hallelujah Chorus,) and proclaimed: “I did think I did see all Heaven before me, and the great God himself!” The first performance of Messiah took place in Dublin, on April 13, 1742. Handel gave the London premiere less than a year later at Covent Garden, and in the almost 300 years since then, Messiah has taken its rightful place as one of the most frequently performed and most beloved choral works of all time.