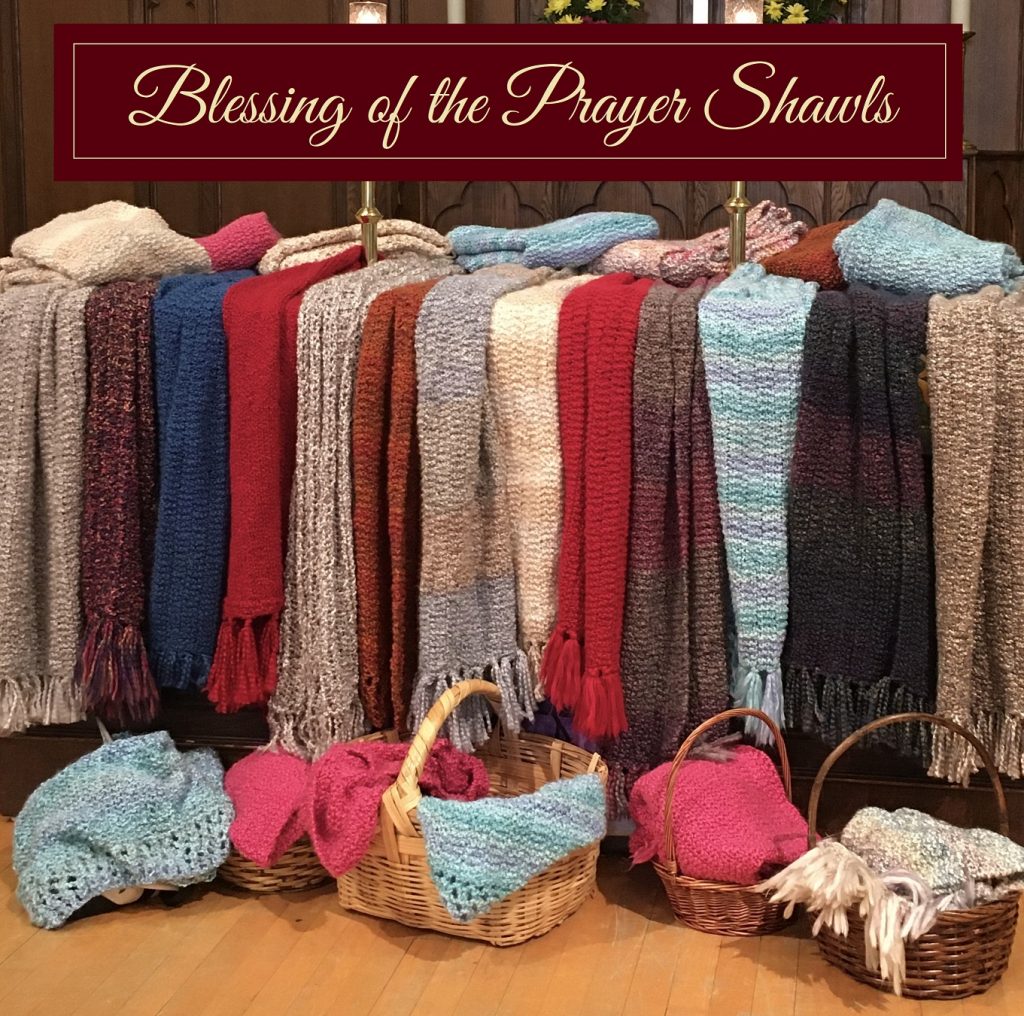 Opening Hymn New Every Morning is the Love

New every morning is the love
Our wakening and uprising prove;
Through sleep and darkness safely brought,
Restored to life, and power and thought.

New mercies, each returning day,
Hover around us while we pray;
New perils past, new sins forgiven,
New thoughts of God, new hopes of heaven.

If on our daily course our mind
Beset to hallow all we find,
New treasures still of countless price
God will provide for sacrifice.

The trivial round, the common task,
Would furnish all we ought to ask:
Room to deny ourselves, a road
To bring us daily nearer God.

Jesus, Lord, we look to Thee;
Let us in Thy Name agree;
Show Thyself the Prince of Peace,
Bid our strife forever cease.

By Thy reconciling love
Ev’ry stumbling block remove;
Each to each unite, endear;
Come and spread Thy banner here.

Make us of one heart and mind,
Gentle, peaceable and kind,
Lowly, meek in thought and word,
Altogether like our Lord.

Let us for each other care,
Each the other’s burdens bear;
To Thy church the pattern give,
Show how true believers live.

Free from anger and from pride;
Let us thus in God abide;
All the depths of love express,
All the heights of holiness.

O Christ, the healer, we have come
To pray for health, to plead for friends.
How can we fail to be restored,
When reached by love that never ends?

From every ailment flesh endures
Our bodies clamour to be freed;
Yet in our hearts we would confess
That wholeness is our deepest need.

In conflicts that destroy our health
We recognize the world’s disease,
Our common life declares our ills;
Is there no cure, O Christ, for these?

Grant that we all, made one in faith,
In your community may find
The wholeness that, enriching us,
Shall reach and prosper humankind.
(Fred Pratt Green, 1903-2000)

Thy hand, O God, has guided
thy flock, from age to age;
the wondrous tale is written,
full clear, on every page.
Our fathers owned thy goodness,
and we their deeds record;
and both of this bear witness;
one Church, one faith, one Lord.

Thy heralds brought glad tidings
to greatest as to least;
they bade men rise, and hasten
to share the great King’s feast;
and this was all their teaching,
in every deed and word,
to all alike proclaiming
one Church, one faith, one Lord.

Through many a day of darkness,
through many a scene of strife,
the faithful few fought bravely,
to guard the nation’s life.
Their gospel of redemption,
sin pardoned, all restored,
was all in this enfolded:
one Church, one faith, one Lord.

And we, shall we be faithless?
Shall hearts fail, hands hang down?
Shall we evade the conflict,
and cast away our crown?
Not so: in God’s deep counsels
some better thing is stored;
we will maintain, unflinching,
one Church, one faith, one Lord.

Thy mercy will not fail us,
nor leave thy work undone;
with thy right hand to help us,
the victory shall be won;
and then, by all creation,
thy name shall be adored,
and this shall be their anthem:
one Church, one faith, one Lord.
(Edward Hayes Plumptre, 1821-1891)

Camille Saint-Saëns (1835-1921) was a French composer, organist, conductor and pianist of the Romantic era. His best-known works include Introduction and Rondo Capriccioso, the Second Piano Concerto, the First Cello Concerto, the opera Samson and Delilah, the Third Violin Concerto, the “Organ” Symphony and The Carnival of the Animals (1886). Saint-Saëns was a musical prodigy and made his concert debut at the age of ten. After studying at the Paris Conservatoire he followed a conventional career as a church organist, most notably at La Madeleine, the official church of the French Empire. After leaving the post twenty years later, he was a successful freelance pianist and composer, in demand in Europe and the Americas. Saint-Saëns held only one teaching post, at the École de Musique Classique et Religieuse in Paris, and although he remained there for less than five years, it was nevertheless important in the development of French music: his students included Gabriel Fauré, among whose own later pupils was Maurice Ravel. Both of them were strongly influenced by Saint-Saëns, whom they revered as a genius. Saint-Saëns was truly astonishing intellectually. He studied geology, archaeology, and botany, and was an expert at mathematics. He wrote scholarly articles on acoustics, occult sciences, Roman theatre decoration, and ancient instruments. He was also a member of the Astronomical Society of France; he gave lectures on mirages, had a telescope made to his own specifications, and even planned concerts to correspond to astronomical events such as solar eclipses. In recognition of Saint-Saëns’ accomplishments, the government of France awarded him the Legion of Honour.

John Keble (1792-1866) was a British Anglican priest, theologian and poet who originated and helped lead the Oxford Movement, which sought to revive in Anglicanism the High Church ideals of the later 17th-century. Home schooled by his father, he later enrolled at Oxford, where he performed exceptionally well in Latin, Mathematics and English. After his mother’s untimely death in 1823 he returned to his childhood home in Fairford, Gloucestershire, and although he was offered a teaching position at Oxford on three occasions over the next ten years, he chose not to accept, in order to stay with his family. Keble wrote throughout his life, and published several books, of which “The Christian Year” (1825) is the most widely known. It is a compilation of poems dedicated to every religious day in the Christian calendar. In 1846, he wrote a volume of poems called “Lyra Innocentium” which related the teachings of the Church with raising children (although he didn’t have any of his own.) His other gift to English literature and the Church was his collection of hymns, many of which remain popular to this day, including New Every Morning is the Love.

Eugène Bozza (1905-1991) was a French composer and violinist. He remains one of the most prolific composers of chamber music for wind instruments. Bozza’s large ensemble work includes five symphonies, operas, ballets, large choral work, wind band music, concertos, and much work for large brass or woodwind ensembles. His larger works are rarely performed outside his native France.

Giovanni Gabrieli (ca. 1557-1612) was an Italian composer and organist. Like his uncle Andrea, Giovanni Gabrieli’s last and most important post was as organist of San Marco in his native city of Venice. Prior to this, he held a court post in Munich. Once appointed to San Marco in 1585, he composed prolifically for the lavish vocal and instrumental resources available to him there, generally dividing his forces into cori spezzati (multiple choirs spaced apart); many of his motets were written for the great festivals of church and state for which Venice was renowned. Following the death of Doge Grimani, (chief magistrate of Venice) in 1605, there were cutbacks in the musical establishment at San Marco, and Jubilate Deo, written in a fairly simple chanson- and madrigal-influenced style for single choir, would seem to belong to this post-1605 period. It did not appear in print until shortly after Gabrieli’s death, in three separate collections published in Germany – where the composer’s reputation was honoured more than in Italy. Although not typical of Gabrieli in the sense that it is not polychoral, Jubilate Deo is one of his most attractive and often-performed works. Its text is compiled mainly from the psalms, in the manner of a litany. He also composed two other settings of the same title.

Edward Plumptre (1821-1891) was an English theologian, preacher and scholar. His early education took place at home. After a brief stay at King’s College, London, he entered Oxford as a scholar of University College, Oxford, and was ordained in 1847. Plumptre published several volumes of verse, and a number of his hymns can be found in various hymnals. He wrote the text of “Your Hand, O God, Has Guided” in 1864.