Please accept our apology – the video of the live-stream service is no longer available.

If you would like a text version of this sermon, please email your request to

Please enjoy the below musical selections – by clicking on the title –  for this Fourth Sunday in Lent,  curated by Eleanor Daley.

God shall the broken heart repair,
And for all sickness and despair,
A cure in Christ provide;
And heal the wounded, sore and bruised,
With oil into their wounds infused,
And soothing balm applied.

Come to me, you weary, and I will give you rest.
Take up my yoke upon you and learn of me.
My yoke is easy and my burden is light,
And you shall find rest unto your souls.

Surely he hath borne our griefs and carried our sorrows.
He was pierced for our transgressions
And bruised for our iniquities.
The chastening which brought our peace fell to him,
And with his stripes we are healed.
(Christopher Smart, Matthew 11: 28-29 and Isaiah 53: 4a, 5,
adapted by K. Lee Scott)

Giver of the Perfect Gift

Giver of the perfect gift,
only hope of human race,
hear the prayer our hearts uplift,
gathered at thy throne of grace.

Though the accusing voice within
speaks of many a wrong to thee,
thou canst cleanse from every sin,
thou canst set the conscience free.

Who can save us, Lord, but thou?
Let thy mercy show thy power;
lo, we plead thy promise now,
now, in this accepted hour.

Oh, may these our Lenten days,
blest by thee, with thee be passed,
that with purer, nobler praise
we may keep thy feast at last.

God the holy trinity,
grant the mercy we implore;
God the one, all praise to thee
through the ages evermore.

Teach me Thy song, O Lord,
That song which swirls to wreathe Thy throne,
And bears the prayers of all Thine own;
To Thee, and Thee alone by saints and angels raised,
Thy name to praise. Teach me Thy Song, O Lord.
(Joel Nagy)

I Heard the Voice of Jesus Say

I heard the voice of Jesus say,
‘Come unto me and rest;
lay down, O weary one, lay down
your head upon my breast.’
I came to Jesus as I was,
weary and worn and sad;
I found in him a resting place,
and he has made me glad.

I heard the voice of Jesus say,
‘Behold, I freely give
the living water; thirsty one,
stoop down, and drink, and live.’
I came to Jesus, and I drank
of that life-giving stream;
my thirst was quenched, my soul revived,
and now I live in him.

I heard the voice of Jesus say,
‘I am this dark world’s light;
look unto me, your morn shall rise,
and all your day be bright.’
I looked to Jesus, and I found
in him my star, my sun;
and in that light of life I’ll walk
till travelling days are done.

K. (Keaton) Lee Scott (b. 1950) is an internationally known teacher, conductor and composer of sacred music, choral music and hymns, currently residing in Birmingham, Alabama. Recognized as one of America’s foremost composers of music for the church, his hymns are published in eight hymnals, including Voices United. He has over 300 compositions in publication, including anthems, hymns, works for solo voice, organ, brass, and larger choral works. Scott holds degrees in choral music and composition from the University of Alabama School of Music, and has travelled extensively as a guest conductor and clinician throughout the United States, as well as to Canada and Africa. In years past, the Senior Choir has presented the Canadian premiere of his Gloria, and the Toronto premiere of his Requiem.

Christopher Smart (1722-1771) was born in Shipburn, Kent, and educated at Pembroke Hall, Cambridge. Over the course of his writing career he adopted a number of pseudonyms – most famously as a midwife by the name of Mrs. Mary Midnight. There are accounts that his father-in-law had him locked away for many years in a mental asylum, as such institutions were known at the time, due to Smart’s supposed religious “mania”. Even after his eventual release, a negative reputation continued to pursue him, as he was known for incurring more debt than he could repay; this ultimately led to his confinement in debtors’ prison until his death. Although Smart is primarily recognized as a religious poet, his poetry also includes various other themes, such as his theories on nature and his promotion of English nationalism. In the past century, his work has captured the attention of a number of artists, including Benjamin Britten, Allen Ginsberg and Theodore Roethke.

Craig Courtney (b. 1948) is an internationally renowned choral composer, arranger, pianist, accompanist, clinician, and choir director. A native of Indiana, he began playing the piano at the age of three and the cello at the age of eleven, and received a Bachelors and a Masters degree in piano performance at the University of Cincinnati. Following a three-year stay in Milan, Italy, where he studied the piano and worked extensively as a vocal coach, he was invited to join the music faculty of the famed Mozarteum in Salzburg, Austria. It was during this period, while serving in the music ministry of the Salzburg International Baptist Church, that Courtney began directing a church choir and composing sacred choral music, due to the unavailability of English language music. 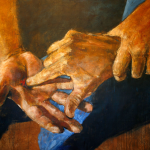 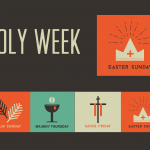 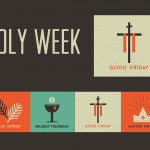