Love the Questions Themselves 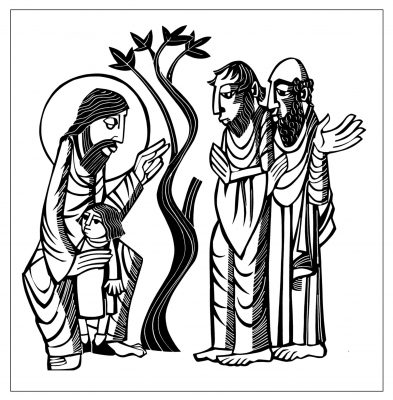 As we say farewell to summer this week, and usher in the fall, the Prelude and Postlude feature virtual performances from Antonio Vivaldi’s iconic The Four Seasons.

Opening Hymn The Church of Christ in Every Age

The church of Christ in every age,
Beset by change, but Spirit led,
Must claim and test its heritage
And keep on rising from the dead.

Across the world, across the street
The victims of injustice cry
For shelter and for bread to eat,
And never live before they die.

Then let the servant church arise,
A caring church that longs to be
A partner in Christ’s sacrifice,
And clothed in Christ’s humanity.

For Christ alone, whose blood was shed,
Can cure the fever in our blood,
And teach us how to share our bread
And feed the starving multitude.

We have no mission but to serve
In full obedience to our Lord:
To care for all without reserve,
And spread Christ’s liberating word.
(Fred Pratt Green, 1969)

Hymn Tell Me the Stories of Jesus
Mormon Tabernacle Choir

Tell me the stories of Jesus I love to hear,
Things I would ask him to tell me if he were here.
Scenes by the wayside, tales of the sea,
Stories of Jesus, tell them to me.

Oh, let me hear how the children stood round his knee.
I shall imagine his blessings resting on me;
Words full of kindness, deeds full of grace,
All in the lovelight of Jesus’ face.

Tell me, in accents of wonder, how rolled the sea,
Tossing the boat in a tempest on Galilee!
And how the Master, ready and kind,
Chided the billows and hushed the wind.

Into the city I’d follow the children’s band,
Waving a branch of the palm tree high in my hand;
One of his heralds, yes, I would sing
Loudest hosannas! Jesus is king!
(William Henry Parker, 1885)

May the words of my mouth
And the meditations of my heart
Be acceptable in Thy sight, O Lord.
O Lord my Rock, O Lord my strength,
O Lord my God and Redeemer.
(based on Psalm 19:14)

O Master, let me walk with thee
In lowly paths of service free;
Tell me thy secret, help me bear
The strain of toil, the fret of care.

Help me the slow of heart to move
By some clear, winning word of love;
Teach me the wayward feet to stay,
And guide them in the homeward way.

Teach me thy patience, still with thee,
In closer, dearer company,
In work that keeps faith sweet and strong,
In trust that triumphs over wrong.

In hope that sends a shining ray
Far down the future’s broadening way,
In peace that only thou canst give,
With thee, O Master, let me live.
(Washington Gladden, 1879, alt.)

Antonio Vivaldi (1678-1741) was an Italian Baroque composer, virtuoso violinist, teacher, and Roman Catholic priest. Born in Venice, the capital of the Venetian Republic, he is regarded as one of the greatest Baroque composers, and his influence during his lifetime was widespread across Europe. Vivaldi’s main teacher was probably his father, Giovanni Battista, who in 1685 was admitted as a violinist to the orchestra of the San Marco Basilica in Venice. Vivaldi composed many instrumental concertos for the violin and a variety of other musical instruments, as well as numerous sacred choral works and more than forty operas. His best-known work is a series of violin concertos known as The Four Seasons. Many of his compositions were written for the all-female music ensemble of the Ospedaledella Pietà, a home for abandoned children. He worked there as a Catholic priest and teacher from 1703 to 1715 and from 1723 to 1740. Vivaldi (who earned the nickname “The Red Priest”, due to his distinctive reddish hair) also had some success with expensive stagings of his operas in Venice, Mantua and Vienna. After meeting the Emperor Charles VI, he moved to Vienna, hoping for royal support. However, the Emperor died soon after Vivaldi’s arrival, and Vivaldi himself died in poverty less than a year later.

W. H. Anderson (1882-1955) was born in England. As a young man he studied in Italy, developing a fine tenor voice. He was the recipient of two scholarships from the London Guild Hall of Music, later becoming the tenor soloist at St. Paul’s Cathedral in London. In 1910 he came to Canada and settled in Winnipeg, where he immediately became part of the musical life of the city as a concert singer, teacher, composer, and choral conductor. Anderson took a great interest in the Winnipeg Music Festival and was chairman of the vocal and choral music selection committee from the Festival’s inception until he died. He composed and arranged approximately 300 pieces – sacred and secular choral anthems, motets, solos and children’s songs – which were published in Canada, England and the United States. Anderson’s works have been performed internationally in Canada, Europe, Great Britain, Australia, the United States, South Korea, and Wales.

Richard Rolle (ca. 1290-1349) was an English hermit, mystic, and religious writer. He was educated at Oxford and in Paris from 1320-1326, before entering into the life of a hermit on the estate of his friend John Dalton. After several years of intense contemplation, he took to wandering across England, finally settling down at Hampole where he assisted the spiritual development of the nuns in a nearby Cistercian community. One of the first religious writers to use the vernacular, Rolle was very well known, and his writings were widely read during the fourteenth and fifteenth centuries.

William Henry Parker (1845-1926) was born in New Basford, Nottingham, England. Early in life he began to write verses, and having joined a General Baptist church and becoming interested in Sunday schools, was led to write hymn texts for use at anniversaries. “Tell Me the Stories of Jesus” is one of his better known hymns.

Washington Gladden (1836-1918) was an American Congregational pastor, and a key spokesman for liberal Protestantism. He served during the post-Civil War period, and recognized the seriousness and prevalence of racial and economic injustice. As such, Gladden was one of the most distinguished clergymen of his era – a leader in the social gospel movement and an activist who crusaded for reform in industry, commerce and politics on behalf of “the working man”. Some of his contemporaries turned against him because he believed more in “applied Christianity” than “biblical Christianity”. Members of his own denomination were angry when he criticized them for making a substantial donation to missions, because the money came from a large oil company whose policies he did not respect. It was at a time when he felt the heavy burden of criticism that he sat alone in his church and wrote the words to “O Master, Let Me Walk with Thee”.