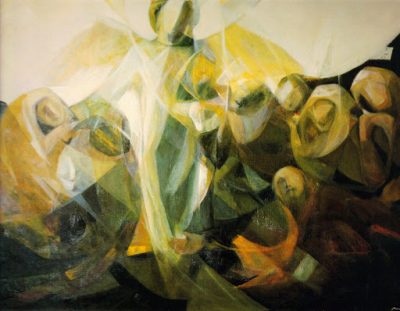 How beautiful are the feet of them that preach the gospel of peace,
And bring glad tidings of good things.
(Romans 10:15)

O praise ye the Lord! Praise him in the height;
Rejoice in his word, ye angels of light;
Ye heavens, adore him by whom ye were made,
And worship before him in brightness arrayed.

O praise ye the Lord, all things that give sound;
Each jubilant chord re-echo around;
Loud organs, his glory forth tell in deep tone,
And sweet harp, the story of what he has done.

God will open a door.
The Spirit draws us to it.
With faith we walk through it,
As we follow the Lord
Through the open door.

Now God is calling us on,
Let us leave behind our waiting.
We’ll go forward celebrating,
There are blessings in store
Through the open door.

God will open the door,
Let us follow the Lord
Through the open door.
(Pepper Choplin)

Hymn In Christ There is No East or West

In Christ there is no east or west,
In him no south or north,
But one great fellowship of love
Throughout the whole wide earth.

In him shall true hearts everywhere
Their high communion find;
His service is the golden cord
Close binding humankind.

Join hands, then, people of the faith,
What’e’er your race may be;
Who serves my Maker, anyone
Is surely kin to me.

In Christ now meet both east and west,
In him meet south and north;
All Christly souls are one in him
Throughout the whole wide earth.
(John Oxenham, 1852-1941)

I see His footsteps in the way,
And follow them through darkest night,
Unafraid, I stumble not,
In the glow of perfect light,
I see.

I walk in footsteps of His love,
And find His light leads on before,
Then He gently turns to me,
Softly whispers, “trust Me more,”
I walk.

Then as I follow in His way,
My path ahead will brightly shine,
For in His path of guiding light,
I find His footsteps first,
Then mine.
(Jonathan Cook)

Closing Hymn Take My Life, and Let it Be

Take my life, and let it be
Consecrated, Lord, to Thee;
Take my moments and my days;
Let them flow in ceaseless praise.

Take my voice, and let me sing
Always, only, for my King;
Take my lips, and let them be
Filled with messages from Thee.

Take my silver and my gold,
Not a mite would I withhold;
Take my intellect, and use
Every power as Thou shalt choose.

Take my will, and make it Thine;
It shall be no longer mine;
Take my heart, it is Thine own;
It shall be Thy royal throne.

This morning’s Anthem texts are reprinted under onelicense.net #A-717945. God Will Open a Door – words by Pepper Choplin, © 2018 Lorenz Corporation. Footsteps – words by Jonathan Cook, © 2018 Beckenhorst Press. All rights reserved.

Henry Williams Baker (1821-1877) was an English hymn writer. He was born in London, and educated at Trinity College, Cambridge, where he graduated B.A. 1844, and M.A. 1847. From 1851 until his death in 1877 he was Vicar of Monkland, Herefordshire, during which time he rendered the Church great service by editing “Hymns Ancient and Modern,” one of the most popular of modern hymn-books, to which he contributed a number of original hymns, metrical litanies, and translations.

Georg Friedrich Handel (1685-1759) was born in Halle, Germany. One of the most prolific, successful and revered composers and musicians of the Baroque period, he is to this day considered to be one of the greatest composers of that era, enjoying both public favour and royal patronage during his lifetime. Despite his eagerness to become a musician, he was disallowed by his father, and so had to conduct his musical training in secret. After spending a brief spell in Italy studying law to appease his father, but at the same time expanding his musical pursuits while out of his father’s control and knowledge, Händel was appointed as Kapellmeister for Prince George of the German Hanoverian family in 1710. He moved with Prince George to London, England, where the prince was crowned King George I of Great Britain and Ireland. At this point Händel became George Frederic Handel, and in 1712 he decided to settle in England permanently, receiving an annual income of £200 from the royal family. His compositional output was immense: 42 operas, 29 oratorios (including Messiah, which has taken its rightful place as one of the most frequently performed and most beloved choral works of all time), more than 120 cantatas, duets, trios, arias, anthems, chamber music, organ works, sonatas and concertos. Three days before his death in 1759 Handel signed a codicil to his will saying he hoped he might be buried in Westminster Abbey, and desired that his executor erect a monument for him. The funeral was attended by about 3,000 people and the choirs of Westminster Abbey, St Paul’s Cathedral and the Chapel Royal sang the service. His black marble gravestone in the south transept reads: GEORGE FREDERIC HANDEL BORN YE 23 FEBRUARY 1685 DIED YE 14 OF APRIL 1759.

John Oxenham (1852-1941) was an English poet, novelist, journalist and publisher. While he wrote under his own name, William Arthur Dunkerley, it was under the Oxenham name that he was most noted. He also used the name Julian Ross for journalism. He travelled extensively in Europe, Canada and the US as part of his publishing duties, but eventually decided he wanted to be a writer more than a publisher. One of his best known works is the hymn In Christ There is No East or West.

Frances Ridley Havergal (1836-1879) was an English religious poet and hymnwriter. Take My Life, and Let it Be is one of her best known hymn texts. She also wrote hymn melodies, religious tracts, and works for children. Havergal College, a private girl’s school in Toronto, is named after her. 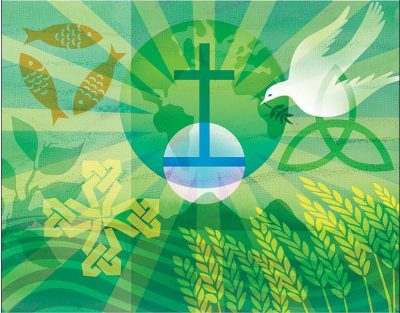