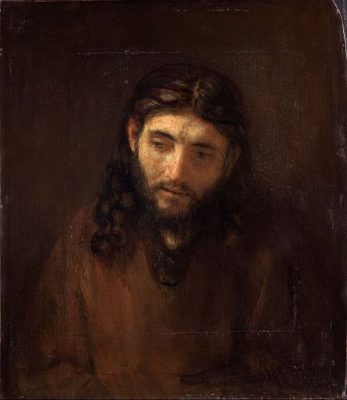 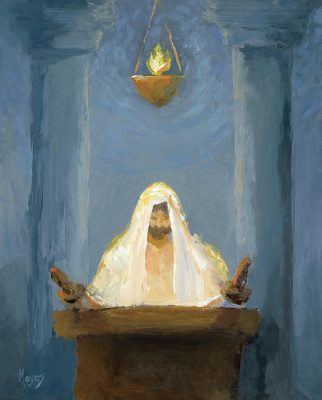 Jesus, the very thought of Thee
With sweetness fills my breast,
But sweeter far Thy face to see,
And in Thy presence rest.

No voice can sing, no heart can frame,
Nor can the memory find
A sweeter sound than Thy blest name,
O Saviour of mankind.

O Hope of every contrite heart,
O Joy of all the meek,
To those who fall how kind Thou art,
How good to those who seek!

But what to those who find? Ah, this
No tongue nor pen can show;
The love of Jesus, what it is
None but His loved ones know.

Jesus, Lord, we look to Thee;
Let us in Thy Name agree;
Show Thyself the Prince of Peace,
Bid our strife forever cease.

By Thy reconciling love
Ev’ry stumbling block remove;
Each to each unite, endear;
Come and spread Thy banner here.

Make us of one heart and mind,
Gentle, peaceable and kind,
Lowly, meek in thought and word,
Altogether like our Lord.

Let us for each other care,
Each the other’s burdens bear;
To Thy church the pattern give,
Show how true believers live.

Free from anger and from pride;
Let us thus in God abide;
All the depths of love express,
All the heights of holiness.

We find God made known in Jesus of Nazareth, and so we sing of God the Christ, the Holy One embodied.

We sing of Jesus, a Jew, born to a woman in poverty in a time of social upheaval and political oppression. He knew human joy and sorrow. So filled with the Holy Spirit was he that in him people experienced the presence of God among them. We sing praise to God Incarnate.

Jesus announced the coming of God’s reign – a commonwealth not of domination but of peace, justice and reconciliation. He healed the sick and fed the hungry. He forgave sins and freed those held captive by all manner of demonic powers. He crossed barriers of race, class, culture and gender. He preached and practiced unconditional love – love of God, love of neighbour, love of friend, love of enemy – and he commanded his followers to love one another as he had loved them.

Because his love was threatening, those exercising power sought to silence Jesus. He suffered abandonment and betrayal, state-sanctioned torture and execution. He was crucified.

But death was not the last word. God raised Jesus from death, turning sorrow into joy, despair into hope. We sing of Jesus raised from the dead. We sing hallelujah.

Hymn What a Friend We Have in Jesus

Jesus, Thou joy of loving hearts,
The Fount of life, the Light of men,
From the best bliss that earth imparts
We turn unfilled to You again.

Your truth unchanged has ever stood;
You save all those that on You call:
To them that seek You, You are good,
To them that find You, all in all.

We taste You, O Thou living Bread,
And long to feast upon You still;
We drink of You, the Fountain-head,
Our thirst to quench, our souls to fill.

Our restless spirits yearn for You,
Wher’er our changeful lot is cast;
Glad when Your gracious smile we see,
Blest when our faith can hold You fast.

O Jesus, ever with us stay;
Make all our moments calm and bright;
Chase the dark night of sin away;
Shed o’er the world Your holy light.
(Bernard of Clairvaux, 12th century,
trans. Ray Palmer, 1808-1887)

The world is threatening
But God is with us
God’s Spirit inspires us, moves us
In the midst of the pandemic
Let us act in the love of God
Go in peace. God bless you. Amen.

Johann Sebastian Bach (1685-1750) was a German composer of the Baroque period (ca. 1600-1750). He lived in Protestant north Germany in the days when music there made up an important part of the splendor of courts, of religious observance, and the daily happiness of the people. Over the course of his life, he held numerous posts: choir-boy, violinist in the orchestra of a prince, organist of town churchs, and chief court musician. His last position was as music director at the St. Thomas Church and School in Leipzig, of which city his name is chiefly connected, since he remained there for almost the last thirty years of his life. He played many instruments, and as a clavichordist, harpsichordist, and organist, was supreme in his day. He was an extremely prolific composer and produced monumental instrumental compositions as the Art of the Fugue, the Brandenburg Concertos, and the Goldberg Variations, as well as cantatas, motets, sacred songs and arias, sonatas, concertos, suites, and an enormous amount of organ and other keyboard music. Two of Bach’s best known large choral works are the St. Matthew Passion and the Mass in B Minor, and since the 19th-century Bach revival, in no small part, thanks to Felix Mendelssohn, he is now regarded as one of the greatest composers of all time. Bach was twice married, and the parent of twenty (!) children, several of whom were also musicians.

Bernard of Clairvaux (1090-1153) was one of the most influential figures in western Europe in the second quarter of the 12th century. He did not found the Order of Cistercians (Cistercian Order), but his writings and travels are largely responsible for its phenomenal spread in his lifetime. His works can be read today as guides to the life and thought of medieval Christianity and its spirituality.

Edward Caswall (1814-1878) was a British Anglican clergyman and hymn writer. He was the curate at an Anglican parish from 1840 to 1847, but in January of 1847, he resigned his curacy and converted to Roman Catholicism. His widely used hymn texts and translations include Jesus, the Very Thought of Thee, When Morning Gilds the Skies, Earth Has Many a Noble City, and the well-known Christmas carol See Amid the Winter’s Snow.

Joseph Scriven (1820-1886) was born in Dublin in 1820 and was a graduate of Trinity College, Dublin. Sometime in 1845 he emigrated to Canada, as many another Irishman had done, seeking his fate in the New World. It appears that his hymn What a Friend We Have in Jesus was written a long time before it was seen by anyone save himself and his mother. Written to comfort his mother in a time of great sorrow, he had not intended that anyone else should see it, however, a neighbour, sitting up with Scriven when he was near the end of his life, happened upon the manuscript. It is found in many modern hymn books and collections to this day. Scriven died in Port Hope, Ontario.

Ray Palmer (1808-1887) was an American Congregational pastor from Albany, New York. The hymn Jesus, Thou Joy of Loving Hearts, which is attributed to Bernard of Clairvaux, was translated from the Latin by Palmer in 1858, in the form of a loose paraphrase, rather than a strict translation. Like many hymns, it is a prayer – in this case a prayer to Jesus – celebrating the joy we have in him, and the peace that his love imparts. Palmer also wrote several hymns on his own, the best known being My Faith Looks Up to Thee. 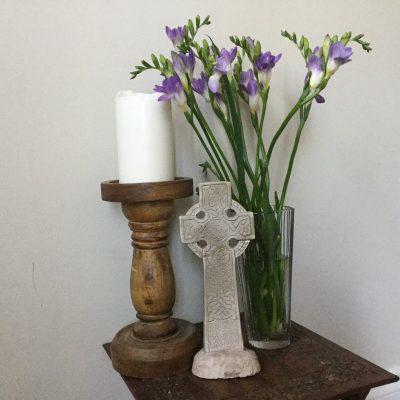