Where Love and Justice Meet 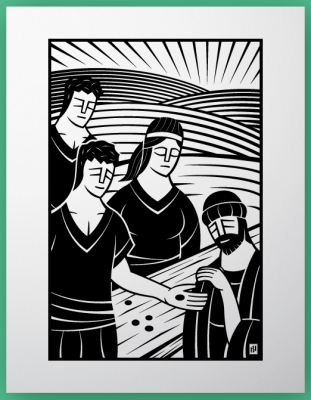 As we say farewell to summer this week, and usher in the fall, the Prelude and Postlude feature virtual performances from Antonio Vivaldi’s iconic Four Seasons.

Immortal, invisible, God only wise,
In light inaccessible hid from our eyes,
Most blessèd, most glorious, the Ancient of days,
Almighty, victorious, thy great name we praise.

Unresting, unhasting, and silent as light,
Nor wanting, nor wasting, thou rulest in might;
Thy justice like mountains high soaring above
Thy clouds which are fountains of goodness and love.

To all life thou givest, to both great and small;
In all life thou livest, the true life of all;
We blossom and flourish as leaves on the tree,
And wither and perish – but nought changeth thee.

Great Father of glory, pure Father of light,
Thine angels adore thee, all veiling their sight;
All laud we would render: O help us to see
‘Tis only the splendour of light hideth thee.
(Walter Chalmers Smith, 1824-1908)

Bring, O morn, thy music! Night, thy starlit silence!
Oceans, laugh in rapture to the storm-winds coursing free!
Suns and planets chorus, praise to thee, most Holy,
Who was, and is, and evermore shall be.

Life and death thy creatures, praise thee, mighty Giver!
Praise and prayer are rising in thy beast and bird and tree:
Lo, they praise and vanish, vanish at thy bidding,
Who was, and is, and evermore shall be.

Light us! Lead us! Love us! Cry thy groping nations,
Pleading in the thousand tongues, but naming only Thee,
Longing to fulfill Thy holy, happy purpose,
Who was, and is, and evermore shall be.

Life nor death can part us, O Thou Love eternal,
Shepherd of the wandering star, and souls that wayward flee;
Homeward draws our spirit to Thy Spirit yearning,
Who was, and is, and evermore shall be. Amen.
(William Channing Gannett, 1840-1923, alt.)

Lord, whose love in humble service
Bore the weight of human need,
Who upon the cross, forsaken,
Offered mercy’s perfect deed:
We, Your servants, bring the worship
Not of voice alone, but heart;
Consecrating to Your purpose
Every gift which You impart.

Called from worship into service,
Forth in Your great name we go,
To the child, the youth, the agèd,
Love in living deeds to show.
Hope and health, goodwill and comfort,
Counsel, aid, and peace we give,
That your children, Lord in freedom
May Your mercy know and live.
(Albert F. Bayly, 1901-1984)

O love that fires the sun
Keep me burning.

O love that fires the sun
Keep me burning.

You know that it doesn’t take a mighty earthquake
To shake the ground you stand on!
‘Cause life can change like a hurricane,
And blow all the plans you planned on.
Well, the ground is gonna shake
And the wind is gonna blow.
Now tell me, who you gonna trust
And where you gonna go?

You know sometimes when life is easy,
It’s so easy to keep the faith,
To be grateful for ev’ry blessing,
When ev’ry blessing comes our way.
But when life shakes us to our very soul,
Who you gonna trust and where you gonna go?

Closing Hymn I Heard the Voice of Jesus Say

I heard the voice of Jesus say,
“Come unto me and rest;
Lay down, thou weary one, lay down
Thy head upon my breast”.
I came to Jesus as I was,
Weary, and worn, and sad;
I found in him a resting place,
And he has made me glad.

I heard the voice of Jesus say,
“Behold, I freely give
The living water; thirsty one,
Stoop down and drink and live”.
I came to Jesus and I drank
Of that life-giving stream;
My thirst was quenched, my soul revived,
And now I live in him.

I heard the voice of Jesus say,
“I am this dark world’s light;
Look unto me, thy morn shall rise,
And all thy day be bright”.
I looked to Jesus and I found
In him my star, my sun;
And in that light of life I’ll walk
Till travelling days are done.
(Horatius Bonar, 1808-1899)

This morning’s hymn and anthem texts are reprinted under onelicense.net #A-717945. Lord, Whose Love in Humble Service – words by Albert F. Bayly, © 1961 Oxford University Press. Hold On To the Rock – words by Pepper Choplin, © 2019 Lorenz Corporation. All rights reserved.

Antonio Vivaldi (1678-1741) was an Italian Baroque composer, virtuoso violinist, teacher, and Roman Catholic priest. Born in Venice, the capital of the Venetian Republic, he is regarded as one of the greatest Baroque composers, and his influence during his lifetime was widespread across Europe. Vivaldi’s main teacher was probably his father, Giovanni Battista, who in 1685 was admitted as a violinist to the orchestra of the San Marco Basilica in Venice. Vivaldi composed many instrumental concertos for the violin and a variety of other musical instruments, as well as numerous sacred choral works and more than forty operas. His best-known work is a series of violin concertos known as the Four Seasons. Many of his compositions were written for the all-female music ensemble of the Ospedaledella Pietà, a home for abandoned children. He worked there as a Catholic priest and teacher from 1703 to 1715 and from 1723 to 1740. Vivaldi (who earned the nickname “The Red Priest”, due to his distinctive reddish hair) also had some success with expensive stagings of his operas in Venice, Mantua and Vienna. After meeting the Emperor Charles VI, he moved to Vienna, hoping for royal support. However, the Emperor died soon after Vivaldi’s arrival, and Vivaldi himself died in poverty less than a year later.

Walter Chalmers Smith (1824-1908) was a Scottish minister, hymnist, author and poet. Born in Aberdeen, he was educated at Aberdeen Grammar School and furthered his studies at the University of Aberdeen and New College, Edinburgh. Chiefly remembered for his hymn Immortal, Invisible, God Only Wise, he also served as the Moderator of the General Assembly for the Free Church of Scotland in 1893/1894.

Howard Helvey resides in Cincinnati, Ohio, where he is active as a composer, arranger and pianist, and serves as organist & choirmaster at the historic Calvary Episcopal Church. Nationally and internationally he is in frequent demand as a composer, conductor, and speaker. Known particularly for his choral music, his hundreds of compositions and arrangements have been featured on numerous recordings, national television and radio broadcasts, in such eminent venues as New York’s Carnegie Hall, the Walt Disney Concert Hall (LA), Chicago’s Orchestra Hall, the White House, the National Cathedral in Washington, D.C., and many locations throughout Europe and Asia. He holds a Bachelor of Music degree in composition from the University of Missouri-Columbia and a Master of Music degree in composition and piano performance from the University of Cincinnati’s College-Conservatory of Music.

William Channing Gannett (1840-1923) was an American Unitarian clergyman, writer and philosopher. His text Bring, O Morn, Thy Music was written in 1892 as an account of the World Parliament of Religions conference that was held in Chicago that same year. Among his inspirational writings, one piece, his “Symphony”, is well-known: “To live content with small means; to seek elegance rather than luxury, and refinement rather than fashion; to be worthy, not respectable, and wealthy, not rich; to listen to stars and birds, babes and sages, with open heart; to study hard; to think quietly, act frankly, talk gently, await occasions, hurry never; in a word, to let the spiritual, unbidden and unconscious, grow up through the common — this is my symphony”.

Albert F. Bayly (1901-1984) was born in Sussex, England. At age 15, he studied to become a shipwright at the Royal Dockyard in Portsmouth, and a few years later received a bachelor’s degree from London University. He was ordained in 1929 and served as a Congregational minister from 1929-1972. Bayly began writing hymns in 1945 to express a Christian response to modern scientific knowledge and to contemporary problems and opportunities, interpreting central biblical teaching for the present world. The author of close to 200 hymn texts, he is considered a forerunner of the ‘explosion’ in new English hymn writing after the Second World War, and is remembered as a pioneer of this cause throughout the English-speaking world.

Bruce Cockburn (b. 1945) is a Canadian singer-songwriter and guitarist. His song styles range from folk to jazz-influenced rock and his lyrics cover a broad range of topics including human rights, environmental issues, politics, and Christianity. Cockburn has written more than 300 songs on 33 albums over a career spanning 40 years, of which 22 have received a Canadian gold or platinum certification, and he has sold over one million albums in Canada alone. In 2002, he was inducted into the Canadian Music Hall of Fame for his powerful lyrics and his immense contribution to Canadian music. Cockburn is also an Officer of the Order of Canada.

Horatius Bonar (1808-1899) was a Scottish churchman, author, and poet, but is now principally remembered as a prodigious hymnodist. Many of his hymns (which number over 140) are known throughout the English-speaking world. I Heard the Voice of Jesus Say is one of the most well known. 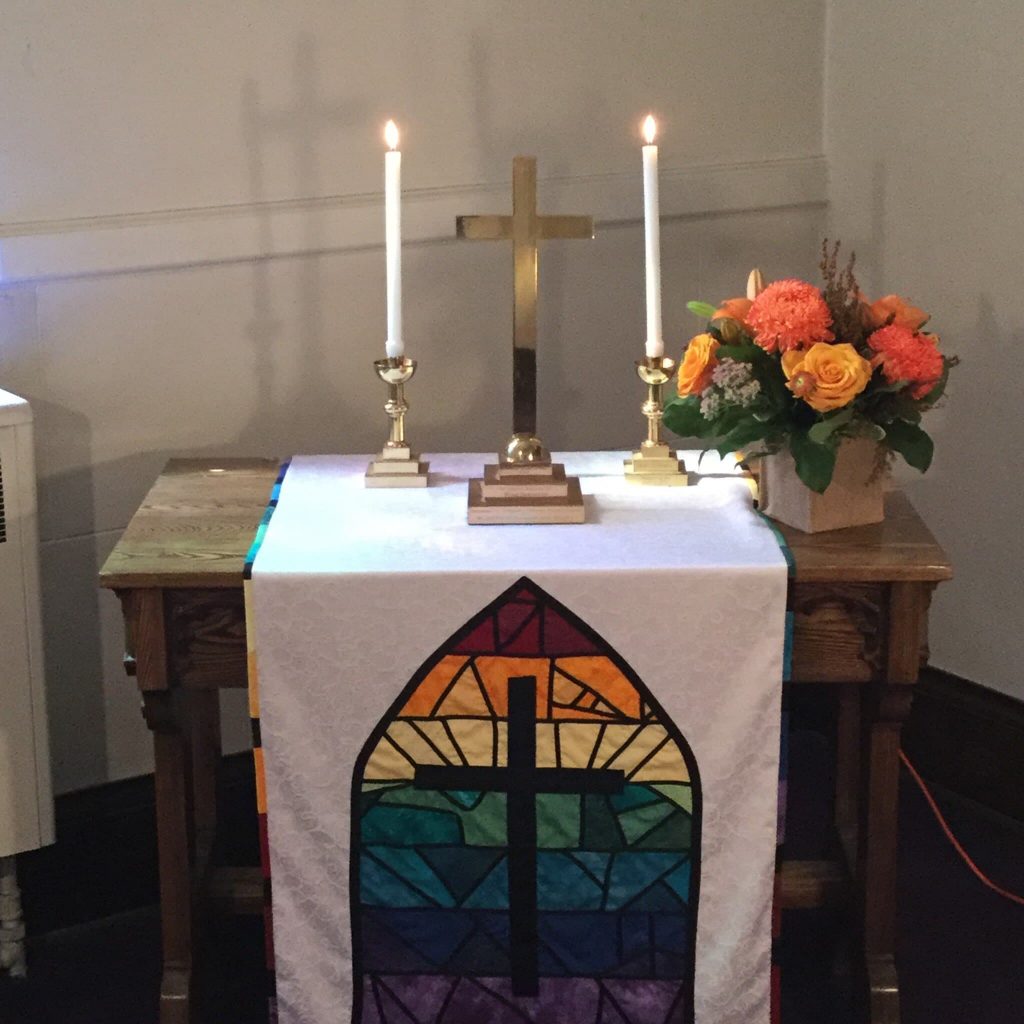