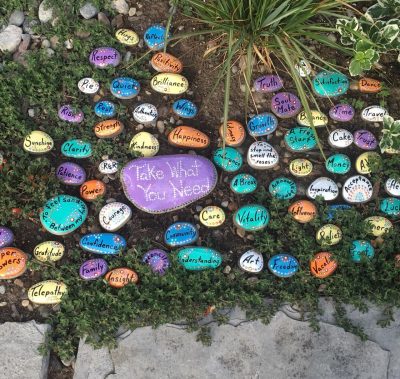 In honour of Father’s Day, this morning’s Prelude, Anthems and Postlude will feature men’s voices, including a piece sung by the men of Fairlawn Senior Choir.

Let all men sing and make a joyful sound.
Lift ev’ry voice, glorious praise abound.
May ev’ry people make this their creed:
To join together in word and in deed!
(Keith Christopher)

O worship the King, all glorious above;
O gratefully sing his power and his love;
Our Shield and Defender, the Ancient of days.
Pavilioned in splendour and girded with praise.

O tell of his might, O sing of his grace,
Whose robe is the light, whose canopy space;
His chariots of wrath the deep thunder-clouds form,
And dark is his path on the wings of the storm.

Thy bountiful care what tongue can recite?
It breathes in the air, it shines in the light;
It streams from the hills, it descends to the plain,
And sweetly distills in the dew and the rain.

O measureless Might, ineffable Love,
While angels delight to hymn thee above,
Thy humble creation, though feeble their lays,
With true adoration shall sing to thy praise.
(Robert Grant, 1779-1838, based on paraphrase of Psalm 104
by William Kethe, ca. 1530-1594)

Translation:
The mouth of the righteous speaketh wisdom,
And his tongue talketh judgment.
The law of God is in his heart;
And none of his steps shall slide.
Alleluia.
(Psalm 37:30-31)

Hymn For the Beauty of the Earth

For the beauty of each hour,
Of the day and of the night,
Hill and vale, and tree and flower,
Sun and moon and stars of light.
Lord of all, to thee we raise
This our hymn of grateful praise.

For the joy of human love,
Brother, sister, parent, child,
Friends on earth, and friends above,
For all gentle thoughts and mild.
Lord of all, to thee we raise
This our hymn of grateful praise.
Amen.
(Folliott Sandford Pierpoint, 1864)

You know that it doesn’t take a mighty earthquake
To shake the ground you stand on!
‘Cause life can change like a hurricane,
And blow all the plans you planned on.
Well, the ground is gonna shake
And the wind is gonna blow.
Now tell me, who you gonna trust
And where you gonna go?

You know sometimes when life is easy,
It’s so easy to keep the faith,
To be grateful for ev’ry blessing,
When ev’ry blessing comes our way.
But when life shakes us to our very soul,
Who you gonna trust and where you gonna go?

Love divine, all loves excelling,
Joy of heaven to earth come down,
Fix in us thy humble dwelling,
All thy faithful mercies crown.
Jesu, thou art all compassion,
Pure, unbounded love thou art;
Visit us with thy salvation,
Enter every trembling heart.

Come, almighty to deliver,
Let us all thy life receive;
Suddenly return and never,
Never more thy temples leave.
Thee we would be always blessing,
Serve thee as thy hosts above,
Pray, and praise thee without ceasing,
Glory in thy perfect love.

Finish then thy new creation,
Pure and spotless let us be;
Let us see thy great salvation,
Perfectly restored in thee;
Changed from glory into glory,
Till in heaven we take our place,
Till we cast our crowns before thee,
Lost in wonder, love and praise.
(Charles Wesley, 1707-1788)

Keith Christopher (b. 1958) is actively involved in music as a composer, arranger, orchestrator and producer. His musical roots go back to Wylie, Texas, where he grew up playing trumpet in band, accompanying in church, and singing in the church youth choir. He holds a Master of Music in Composition from Southern Methodist University where he was a Graduate Assistant in the music theory and choral departments. He has hundreds of musical pieces for choir, band, and orchestra in print with multiple publishers, and his music has been performed worldwide. In addition, he has produced over a thousand recordings for music publishers.

Of Scottish ancestry, Sir Robert Grant (1779-1838) was born in India. He was educated at Magdalen College, Cambridge, and called to the bar in 1807. He had a distinguished career as a member of the British Parliament and later as Governor of Bombay (now known as Mumbai). As governor, Grant was a law unto himself, and under his rule a multitude of large-scale projects were pushed forward which were to transform the shape of British policy in the East. Knighted in 1834, he was also a hymnwriter of great merit. His O Worship the King, based on William Kethe’s translation of Psalm 104 is considered to be one of the greatest hymns in the English language, and is both widely sung and familiar to millions of church-goers. Some of his lesser known hymns are marked with the same graceful versification and deep feeling.

William Kethe (ca. 1530-1594) is thought to have been Scots-born, although this has never been confirmed. A Protestant, he fled to the continent during Queen Mary’s persecution in the 1550s. He lived in Geneva for some time, but travelled to Basel and Strasbourg to maintain contact with other English refugees. Kethe helped translate the Geneva Bible in 1560 and contributed twenty-five psalm versifications to the 1561 Anglo-Genevan Psalter. Only ten of these were retained in the 1562 English Psalter, while the 1564 Scottish Psalter kept all twenty-five. This morning’s Opening Hymn was originally titled My Soul, Praise the Lord, and his version of Psalm 100 (The Old Hundredth) is universally known as All People That On Earth Do Dwell.

Os Justi was originally written for the treble section leads at Fairlawn Avenue. This morning’s recording features the men of the Fairlawn Senior Choir, and can be found on the choir’s Canticle to the Spirit CD, which was released in 2000.

Folliott Sandford Pierpoint (1835-1917) was an English hymnodist and poet. Educated at Queens’ College, Cambridge, Pierpont was a classics schoolmaster and taught at Somersetshire College, spending most of his life in Bath and the south-west of England. His most famous hymn is For the Beauty of the Earth which he wrote in 1864, at the age of 29.

Charles Wesley (1707-1788) was an English leader of the Methodist movement, most widely known for writing about 6,500 hymn texts. He was educated at Westminster School and Christ Church, Oxford, and after graduating with a master’s degree in classical languages and literature, Charles followed his father and brother into Anglican orders in 1735. He was a younger brother of Methodist founder John Wesley, and Anglican cleric Samuel Wesley the Younger, and also the father of musician Samuel Wesley, and the grandfather of musician Samuel Sebastian Wesley.