Religion, Science and the Pandemic II: Who Sinned? 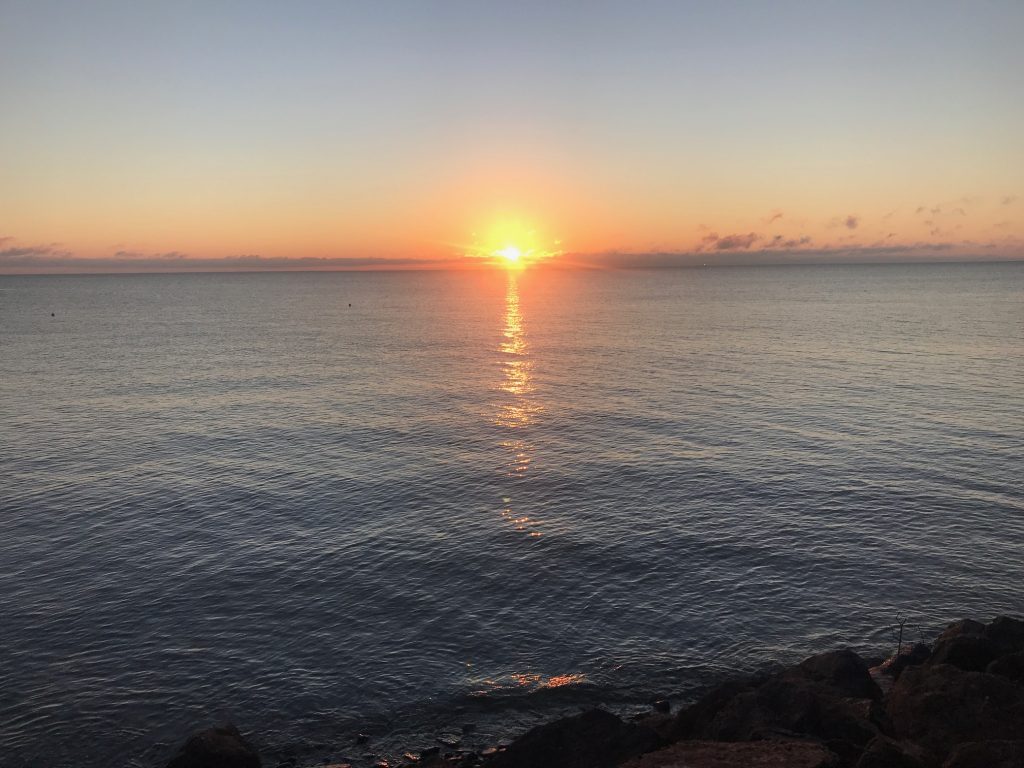 Opening Hymn Thou Whose Almighty Word

Thou whose almighty word
Chaos and darkness heard,
And took their flight,
Hear us, we humbly pray;
And where the gospel day
Sheds not its glorious ray,
Let there be light.

Thou who didst come to bring,
On thy redeeming wing,
Healing and sight,
Health to the sick in mind,
Sight to the inly blind.
O now to humankind
Let there be light.

Spirit of truth and love,
Life-giving, holy dove,
Speed forth thy flight;
Move on the water’s face,
Bearing the lamp of grace,
And in earth’s darkest place
Let there be light.

Blessèd and holy three,
Glorious trinity,
Wisdom, love, might,
Boundless as ocean’s tide
Rolling in fullest pride,
Through the earth far and wide
Let there be light.
(James Marriott, 1780-1825)

Open thou mine eyes and I shall see:
Incline my heart and I shall desire:
Order my steps and I shall walk
In the ways of thy commandments.
O Lord God, be thou to me a God
And beside thee let there be none else,
No other, naught else with thee.
Vouchsafe to me to worship thee and serve thee
According to thy commandments,
In truth of spirit, in reverence of body,
In blessing of lips, in private and in public.
(Lancelot Andrewes, 1555-1626)

Hymn Praise the One Who Breaks the Darkness

Let us praise the Word incarnate;
Christ who suffered in our place.
Jesus died and rose victorious
That we may know God by grace.
Let us sing for joy and gladness,
Seeing what our God has done.
Let us praise the true Redeemer,
Praise the One who makes us one.
(Rusty Edwards, b. 1955)

Come unto Him all ye that labour,
come unto Him that are heavy laden,
and He will give you rest.
Take His yoke upon you, and learn of Him,
for He is meek and lowly of heart,
and ye shall find rest unto your souls.
(Matthew 11:28-29)

Lord, through all the generations
You have been our dwelling place.
Ever true and ever faithful,
Showing mercy, love and grace.

Water from the rock You offer,
Bread of Heaven from above.
Strength each day, new every morning,
Hope in Your redeeming love.

When my soul by doubt is darkened,
In the valley of despair,
Walking in the vale of shadows,
I can feel Your presence there.
Your compassion never failing,
Steadfast is Your love, O Lord.
You alone deserve our praises,
You are worshipped and adored.

Ye servants of God, your Master proclaim,
And publish abroad His wonderful Name;
The name all-victorious of Jesus extol;
His Kingdom is glorious, and rules over all.

God ruleth on high, almighty to save;
And still He is nigh, His presence we have;
The great congregation His triumph shall sing,
Ascribing salvation to Jesus our King.

Salvation to God, who sits on the throne!
Let all cry aloud and honour the Son:
The praises of Jesus the angels proclaim,
Fall down on their faces, and worship the Lamb.

Then let us adore, and give Him His right,
All glory and power, all wisdom and might,
All honour and blessing with angels above,
And thanks never ceasing, and infinite love. Amen.
(Charles Wesley, 1707-1788)

This morning’s hymn and anthem texts are reprinted under onelicense.net #A-717945. Praise the One Who Breaks the Darkness – words by Rusty Edwards, © 1987 Hope Publishing Co. Steadfast – words by Susan Bentall Boersma, © 2019 Beckenhorst Press, Inc. All rights reserved.

J. S. Bach (1685-1750) was a German composer of the Baroque period (ca. 1600-1750). He lived in Protestant north Germany in the days when music there made up an important part of the splendour of courts, of religious observance, and the daily happiness of the people. Over the course of his life, he held numerous posts: choir-boy, violinist in the orchestra of a prince, organist of town churchs, and chief court musician. His last position was as music director at the St. Thomas Church and School in Leipzig, of which city his name is chiefly connected, since he remained there for almost the last thirty years of his life. He played many instruments, and as a clavichordist, harpsichordist, and organist, was supreme in his day. He was an extremely prolific composer and produced monumental instrumental compositions as the Art of the Fugue, the Brandenburg Concertos, and the Goldberg Variations, as well as cantatas, motets, sacred songs and arias, sonatas, concertos, suites, and an enormous amount of organ and other keyboard music. Two of Bach’s best known large choral works are the St. Matthew Passion and the Mass in B Minor, and since the 19th-century Bach revival, in no small part, thanks to Felix Mendelssohn, he is now regarded as one of the greatest composers of all time. Bach was twice married, and the parent of twenty (!) children, several of whom were also musicians.

James Marriott (1780-1825) was an English Anglican clergyman and poet. Although he wrote several hymns, the only one that survives is Thou Whose Almighty Word. It is thought to have been written in 1813 and was published posthumously in The Friendly Visitor in 1825 with the title Missionary Hymn.

Open Thou Mine Eyes was commissioned in 2006 by Norma Mellon (1947-2018) for the Choir of the Church of St. Barnabas A.&M., Ottawa, Ontario, Wesley Warren, Organist and Choirmaster, and was premiered on the Feast of St. Barnabas, Sunday, June 11, 2006. This morning’s anthem features the choir’s recording from the 2010 National Competition for Canadian Amateur Choirs, in which they won first prize in the liturgical choir category.

Lancelot Andrewes (1555-1626) was an English bishop and scholar, who held high positions in the Church of England during the reigns of Queen Elizabeth I and King James I. During the latter’s reign, Andrewes was the top translator and overseer of the King James Version of the Bible. He was considered to be one of the most learned churchman of his day, and enjoyed a great reputation as an eloquent and impassioned preacher, but the stiffness and artificiality of his style render his sermons unsuited to modern taste. Nevertheless, there are passages of extraordinary beauty and profundity. Andrewes’ writings continue to influence religious thinkers to the present day, and modern writers as diverse as T. S. Eliot and Kurt Vonnegut Jr. have called him one of the great literary English writers.

Rusty Edwards (b. 1955) is a hymn writer who was born in Dixon, Illinois. He has been an ordained minister for over 27 years, and is currently the Senior Pastor of Christ Lutheran Church in Marietta, Georgia. Over two dozen of his hymns have been published in 70 books used by 36 denominations in Australia, Canada, China, England, Japan, New Zealand, Scotland, and the USA.