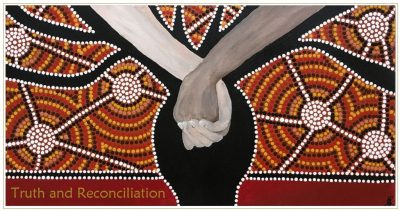 Opening Hymn The Lord’s My Shepherd

The Lord’s my shepherd, I’ll not want:
He makes me down to lie
In pastures green; he leadeth me
The quiet waters by.

My soul he doth restore again,
And me to walk doth make
Within the paths of righteousness,
Even for his own name’s sake.

Yea, though I walk through death’s dark vale,
Yet will I fear none ill;
For thou art with me, and thy rod
And staff me comfort still.

My table thou hast furnishèd
In presence of my foes;
My head thou dost with oil anoint,
And my cup overflows.

Goodness and mercy all my life
Shall surely follow me,
And in God’s house for evermore
My dwelling-place shall be.
(Scottish Psalter 1650)

Introit Many and Great, O God, Are Thy Works

O day of peace that dimly shines
Through all our hopes and prayers and dreams,
Guide us to justice, truth, and love,
Delivered from our selfish schemes.
May swords of hate fall from our hands,
Our hearts from envy find release,
Till by God’s grace our warring world
Shall see Christ’s promised reign of peace.

Then shall the wolf dwell with the lamb,
Nor shall the fierce devour the small;
As beasts and cattle calmly graze,
A little child shall lead them all.
Then enemies shall learn to love,
All creatures find their true accord;
The hope of peace shall be fulfilled,
For all the earth shall know the Lord.
(Carl P. Daw, Jr., 1982)

Mi’kmaq Song is based on a well-known Mi’kmaq Gathering Song.

Joseph R. Renville (1779–1846) was an interpreter, translator, Canadian soldier in the War of 1812, and founder of the Columbia Fur Company. An important figure in dealings between white men and Dakota Native Americans, he contributed to the translation of Christian religious texts into the Dakota language. Renville’s father, also named Joseph, was a French Canadian fur trader, and his mother, Miniyuhe, was a Dakota, possibly a daughter of Mdewakaton-Dakota chief Big Thunder.

Rise Up, My Love was composed for 4 Fairlawn treble section leads – affectionately known as “El’s Angels”.

Brian Wren (b. 1936) is a British hymn-poet and writer. Internationally published, his hymns appear in hymnals of all Christian traditions. Wren has been a strong proponent of the view that hymns are poetry and theology, instead of simply music. He has stated, “a hymn is a poem, and a poem is a visual art form. The act of reading a hymn aloud helps to recover its poetry and its power to move us—the power of language, image, metaphor, and faith-expression.” He also writes that the vocation of a poet in the church is not only “to write poems of faith which people will pick up and sing”, but to also “speak truth by stepping beyond the church’s limits of comfort and convention.”

Born on the Red Bank Indian Reservation along the Miramichi River in New Brunswick, George Paul has been involved with the Aboriginal traditional movement in reviving Mi’kmaq songs, chants, and ceremonies for more than 30 years. He’s known in his community of Metepenagiag, New Brunswick, as well as throughout the Maritimes for being an important voice on Indigenous issues, and he often collaborates with various schools, universities, and government agencies. In 2001, George Paul and the Red Ochre Band won the Indigenous Artist of the Year award from the East Coast Music Association.

The Reverend Dr. Carl P. Daw, Jr. (b. 1944) is a hymn writer and former Executive Director of The Hymn Society in the United States and Canada. Born in Louisville, Kentucky, Daw grew up in a succession of towns in Tennessee where his father was a Baptist pastor. He received his undergraduate education at Rice University, his M.A. and Ph.D. from the University of Virginia, and his M.Div. at the School of Theology of the University of the South in Sewanee, Tennessee. His texts appear in most denominational and ecumenical hymnals published in North America, and can also be found in hymnals in England, Scotland, and Australia. Many of his hymn texts have been translated into Spanish, Japanese, and Chinese.

Jeremy Dutcher (b. 1990) is a classically-trained Canadian Indigenous tenor, composer, musicologist, performer and activist, currently living in Toronto. He became widely known for his first album Wolastoqiyik Lintuwakonawa, which won the 2018 Polaris Music Prize, and the Juno Award for Indigenous Music Album of the Year at the 2019 Juno Awards. A Wolastoqiyik (Maliseet) member of the Tobique First Nation in North-West New Brunswick, Dutcher studied music and anthropology at Dalhousie University. After training as an operatic tenor in the Western classical tradition, he expanded his professional repertoire to include the traditional singing style and songs of his community. He recorded Wolastoqiyik Lintuwakonawa following a research project on archival recordings of traditional Maliseet songs at the Canadian Museum of Civilization, many of which are no longer being passed down to contemporary Maliseet youth. Dutcher identifies as two-spirit, a modern, pan-Indian umbrella term used by some Indigenous North Americans to describe Aboriginal people fulfilling a traditional third-gender (or other gender-variant) ceremonial cultural role in their community.