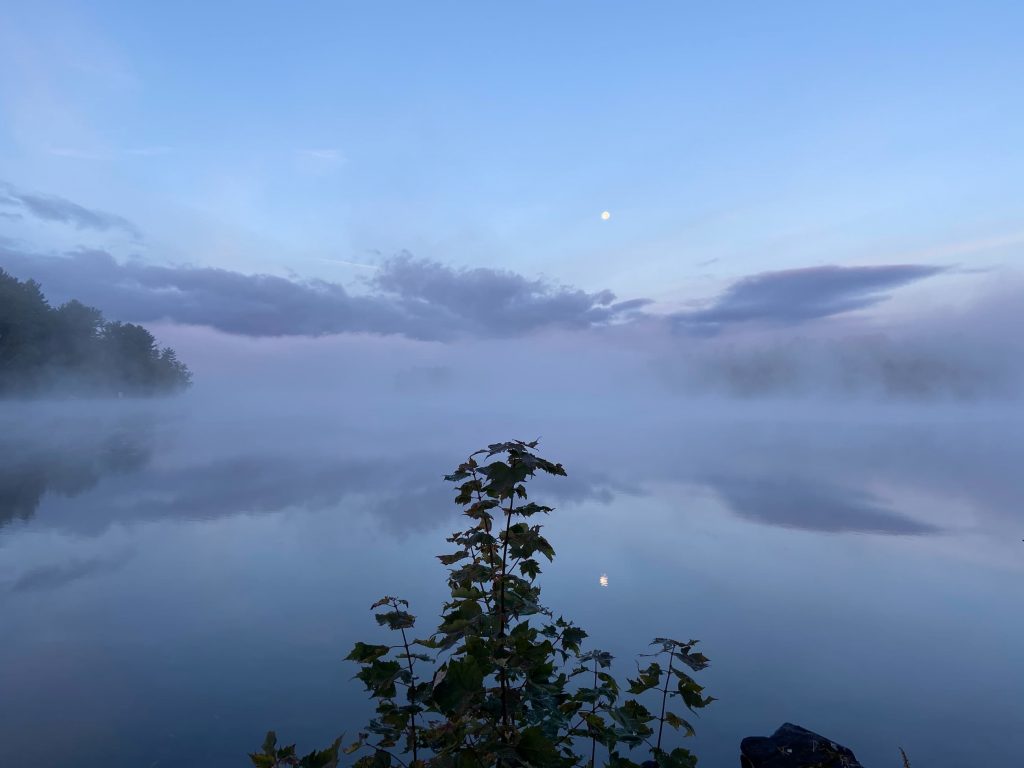 Praise the Lord, for he is glorious;
Never shall his promise fail;
God hath made his saints victorious;
Sin and death shall not prevail.
Praise the God of our salvation!
Hosts on high, his power proclaim;
Heaven and earth and all creation,
Laud and magnify his name.

Worship, honour, glory, blessing,
Lord, we offer unto thee.
Young and old, thy praise expressing,
In glad homage bend the knee.
All the saints in heaven adore thee;
We would bow before thy throne.
As thine angels serve before thee,
So on earth thy will be done.
(Paraphrase of Psalm 148,
Author unknown; from Foundling Hospital
Collection, ca. 1797)

Sweet the rain, new fall sunlit from heaven,
Like the first dew falls on the first grass.
Praise for the sweetness of the wet garden,
Sprung in completeness where his feet pass.

Mine is the sunlight! Mine is the morning
Born of the one light Eden saw play!
Praise with elation, praise every morning,
God’s recreation of the new day!
(Eleanor Farjeon, 1931)

Be thou my vision, O Lord of my heart,
Be all else but naught to me, save that thou art;
Be thou my best thought in the day and the night,
Both waking and sleeping, thy presence my light.

Riches I heed not, nor man’s empty praise:
Be thou mine inheritance now and always;
Be thou and thou only the first in my heart:
O Sov’reign of heaven, my treasure thou art.

High King of heaven, thou heaven’s bright Sun,
O grant me its joys after vict’ry is won;
Great Heart of my own heart, whatever befall,
Still be thou my vision, O Ruler of all.
(Irish 8th century, trans. Mary Elizabeth Byrne, 1905,
versified Eleanor H. Hull, 1912)

Hymn The Kingdom of God is Justice and Joy

The kingdom of God is justice and joy,
For Jesus restores what sin would destroy.
God’s power and glory in Jesus we know,
And here and hereafter the kingdom shall grow.

The kingdom of God is mercy and grace;
The captives are freed, the sinners find place.
The outcasts are welcomed God’s banquet to share,
And hope is awakened instead of despair.

The kingdom of God is challenge and choice:
Believe the good news, repent and rejoice!
His love for us sinners brought Christ to his cross,
Our crisis of judgement for gain or for loss.

God’s kingdom is come, the gift and the goal,
In Jesus begun, in heaven made whole.
The heirs of the kingdom shall answer his call,
And all things cry “Glory!” to God all-in-all.
(Bryn Austin Rees (1911-1983)

Closing Hymn Take My Life, and Let it Be

Take my life, and let it be
Consecrated, Lord, to Thee;
Take my moments and my days;
Let them flow in ceaseless praise.

Take my voice, and let me sing
Always, only, for my King;
Take my lips, and let them be
Filled with messages from Thee.

Take my silver and my gold,
Not a mite would I withhold;
Take my intellect, and use
Every power as Thou shalt choose.

Take my will, and make it Thine;
It shall be no longer mine;
Take my heart, it is Thine own;
It shall be Thy royal throne.

Postlude Improvisations on La Folia (based on Antonio Vivaldi, 1678-1741)

The text for The Kingdom of God is Justice and Joy – words by Bryn Austin Rees, is reprinted by permission of Alexander Scott.

Eleanor Farjeon (1881-1965) was a British poet, biographer, and author of children’s books. Her magical but unsentimental tales, which often mock the behaviour of adults, earned her a revered place in many British nurseries! The daughter of a British novelist and granddaughter of an American actor, she grew up in the bohemian literary and dramatic circles of London. Although frequently ill as a child, thereby having to spend a great deal of time at home reading and writing, she nevertheless attended opera and theatre productions at age 4, and began writing on her father’s typewriter at age 7. When she was 16, she came to public attention as the lyricist of an opera, with music written by her brother Harry, which was produced by the Royal Academy of Music. She was the first recipient of the Hans Christian Andersen Award for lifetime achievement in children’s literature, and also received the Carnegie Medal. In 1931 Farjeon transformed her poem “A Morning Song – For the First Day of Spring” into the timeless hymn Morning Has Broken.

Mary Elizabeth Byrne (1880-1931) was an Irish linguist, author, and journalist. She was educated at the Dominican Convent in Dublin, and the National University of Ireland. Her Irish name was Máiri Ní Bhroin, but she published much of her work as Mary E. Byrne. She translated the old Irish hymn Bí Thusa ‘mo Shúile into English as Be Thou My Vision in 1905. The English text was first versified in 1912 by Eleanor H. Hull (1860-1935), who was president of the Irish Literary Society at that time.

Bryn Austin Rees (1911-1983) was ordained into the ministry of the Congregational Church in England and Wales in 1935, and was a chaplain to the Royal Air Force during World War II. In collaboration with William Lloyd Webber, organist of Westminster Methodist Central Hall, he wrote several anthems and an Easter cantata. The Kingdom of God is Justice and Joy is his most well known hymn.

Frances Ridley Havergal (1836-1879) was an English religious poet and hymnwriter. Take My Life, and Let it Be is one of her best known hymn texts. She also wrote hymn melodies, religious tracts, and works for children. Havergal College, a private girl’s school in Toronto, is named after her.

Antonio Vivaldi (1678-1741) was an Italian Baroque composer, virtuoso violinist, teacher, and Roman Catholic priest. Born in Venice, the capital of the Venetian Republic, he is regarded as one of the greatest Baroque composers, and his influence during his lifetime was widespread across Europe. Vivaldi’s main teacher was probably his father, Giovanni Battista, who in 1685 was admitted as a violinist to the orchestra of the San Marco Basilica in Venice. Vivaldi composed many instrumental concertos for the violin and a variety of other musical instruments, as well as numerous sacred choral works and more than forty operas. Many of his compositions were written for the all-female music ensemble of the Ospedale della Pietà, a home for abandoned children. He worked there as a Catholic priest and teacher from 1703 to 1715 and from 1723 to 1740. Vivaldi (who earned the nickname “The Red Priest”, due to his distinctive reddish hair) also had some success with expensive stagings of his operas in Venice, Mantua and Vienna. After meeting the Emperor Charles VI, he moved to Vienna, hoping for royal support. However, the Emperor died soon after Vivaldi’s arrival, and Vivaldi himself died in poverty less than a year later. 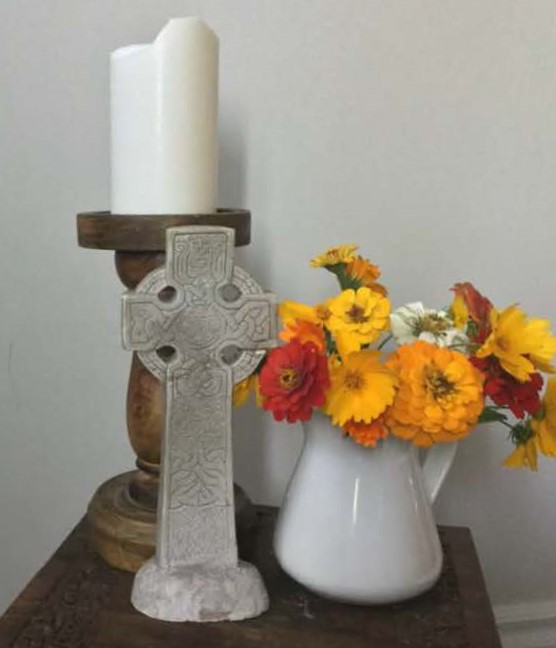