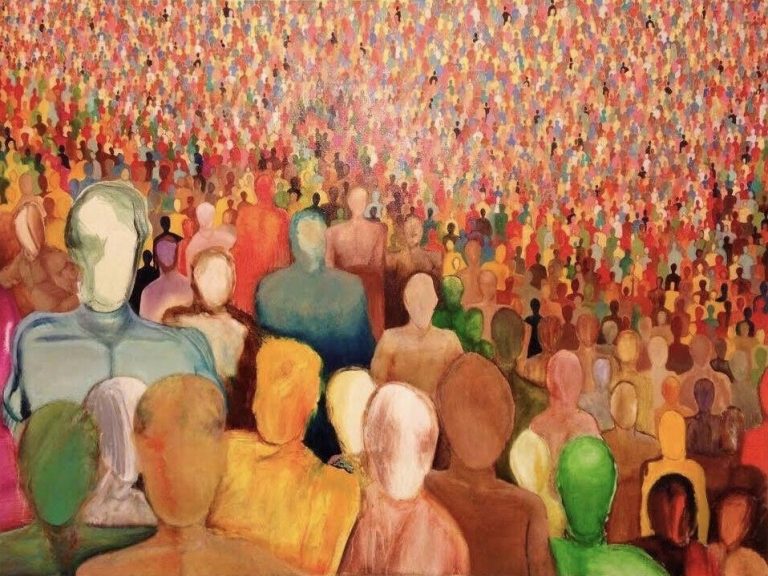 (Translation)
May the angels lead you into paradise,
may the martyrs receive you
in your coming,
and may they lead you
to Jerusalem, the holy city.
May the choir of angels receive you
and with Lazarus, once a beggar,
may you have eternal rest.

For all the saints who from their labours rest,
All who by faith before the world confessed,
Your name, O Jesus, be forever blest.
Alleluia! Alleluia!

You were their rock, their fortress, and their might;
You, Lord, their captain in the well-fought fight;
You in the darkness drear their one true light.
Alleluia! Alleluia!

O may your soldiers, faithful, true, and bold,
Fight as the saints who nobly fought of old,
And win with them the victor’s crown of gold.
Alleluia! Alleluia!

O blest communion, fellowship divine!
We feebly struggle, they in glory shine;
Yet all are one in thee, for it is thine.
Alleluia! Alleluia!

And when the strife is fierce, the warfare long,
Steals on the ear the distant triumph-song,
And hearts are brave again, and arms are strong.
Alleluia! Alleluia!

The golden evening brightens in the west;
Soon, soon to faithful warriors comes their rest;
Sweet is the calm of Paradise the blest.
Alleluia! Alleluia!

But then, there breaks a yet more glorious day –
The saints triumphant rise in bright array:
The King of glory passes on his way.
Alleluia! Alleluia!

From earth’s wide bounds, from ocean’s farthest coast,
Through gates of pearl streams in the countless host,
Singing to Father, Son, and Holy Ghost.
Alleluia! Alleluia!
Amen.
(William Walsham How, 1823-1897)

The choir and congregation of Fairlawn Avenue

O Lord of life, where’er they be,
Safe in thine own eternity,
Our dead are living unto thee.
God is with us, now and ever,
Thanks be to God.

All souls are thine, and here or there
They rest within thy sheltering care;
One providence alike they share.
God is with us, now and ever,
Thanks be to God.

Thy word is true, thy ways are just;
Above the requiem, ‘Dust to dust’,
Shall rise our psalm of grateful trust:
God is with us, now and ever,
Thanks be to God.

O happy they in God who rest,
No more by doubt and fear oppressed;
Living or dying, they are blest.
God is with us, now and ever,
Thanks be to God.
(Frederick Lucian Hosmer, 1840-1929, adapted, E. D.)

The Lord bless you and keep you,
the Lord make his face to shine upon you
and be gracious unto you.
The Lord lift up the light of his countenance upon you,
and give you peace. Amen.
(Numbers 6:24-26)

Gabriel Fauré (1845-1924) was a French composer, organist, pianist, and teacher. Born into a cultured but not especially musical family, his talent became clear when he was a small boy. At the age of nine, he was sent to the École Niedermeyer music college in Paris, where he was trained to be a church organist and choirmaster. Among his teachers was Camille Saint-Saëns, who became a lifelong friend. By his last years, Fauré was recognized in France as the leading French composer of his day, and his musical style influenced many 20th-century composers. His Requiem is firmly entrenched in the core choral repertoire and is sung the world over.

William Walsham How (1823-1897) studied at Wadham College, Oxford, and Durham University, and was ordained into the Church of England in 1847. He served various congregations and became the Bishop of Wakefield in 1888. Called both the “poor man’s bishop” and “the children’s bishop”, he was known for his work among the destitute in the London slums, and among the factory workers in west Yorkshire. For All the Saints is considered to be How’s finest hymn text. It was sung to the melody Sarum, by the Victorian composer Joseph Barnby, until the publication of the English Hymnal in 1906. This hymnal used a new setting by Ralph Vaughan Williams which he called Sine Nomine (literally, “without name”) in reference to its use on the Feast of All Saints, November 1st (or the first Sunday in November – All Saints Sunday). Like How’s text, Vaughan Williams’ hymn tune has been described as one of the finest of the 20th century.

Athelstan Riley (1858-1945) was an English hymn writer and translator. He was born in London, and attended Eton College and Pembroke College, Oxford. Active in the Anglo-Catholic wing of the Church of England, he helped edit “The English Hymnal” in 1906, and the 1911 revision of the “Prayer Book”. He was living on the island of Jersey when it was invaded in World War II, and spent the rest of his life there. “Ye Watchers and Ye Holy Ones” is his best known hymn text.

Edward Elgar (1857-1943) was an English composer whose works in the orchestral idiom of late 19th-century Romanticism – characterized by bold tunes, striking colour effects, and mastery of large forms, stimulated a renaissance of English music. In fact, Elgar was the first English composer of international stature since Henry Purcell (1659-1695), and liberated his country’s music from its insularity. The son of an organist and music dealer, he left school at age 15 and worked briefly in a lawyer’s office. He was an excellent violinist, played the bassoon, and spent periods as a bandmaster and church organist, but had no formal training in composition. After working in London (1889-1891), Elgar went to Worcestershire and began to establish a reputation as a composer. One of his most popular works is his D Major Pomp and Circumstance March which contains the famous trio section that was later to become Land of Hope and Glory. Elgar appreciated its worth: he had prophesied:”I’ve got a tune that will knock ‘em flat! … a tune that comes once in a lifetime.” His Enigma Variations for orchestra are based on the countermelody of an unheard theme, which he said was a well-known theme he would not identify – hence the “enigma”. Repeated attempts to discover it have been unsuccessful. Elgar was knighted in 1904, and in 1928 he was created Knight Commander of the Victorian Order.

One of the most versatile composers in Britain, John Cameron (b. 1944) is best known for his work as a composer and arranger of popular music, and as a writer of some 40 film, television and musical theatre scores. His diverse background includes roots in jazz and the folk music of the British Isles. He wrote the orchestral score for every staging of Les Misérables, including the original Paris version (1979), the Royal Shakespeare Company in London (1985), as well as Washington and New York (1986). Among his many awards is a Silver Disc for Lux Aeterna, his eight part choral setting of Elgar’s Nimrod, heard sung by the famed choral ensemble VOCES8 in this morning’s anthem.

Melchior Vulpius (ca. 1570-1615) was a German singer and composer of church music, and was an important musical figure during the first century of Protestantism in Germany. Little is known of Vulpius’ early life. Born around 1570 in Germany’s Thuringia region, he started out attending a school in his hometown, but somehow his musical talent was recognized. In 1588, he is recorded as having studied music and Latin in the ancient cathedral city of Speyer, hundreds of kilometers away from Thuringia. He married in 1589 and was hired to teach Latin and to compose music at a school in Schleusingen, back in Thuringia. His appointment was made permanent there in 1592, and he was given the added post of Kantor at Lutheran services. In 1596, Vulpius accepted a similar position, involving teaching, singing, and composition, at the Latin School in the larger city of Weimar, and remained there until his death. He wrote a complete cycle of four-voice settings of Scripture passages for an entire Lutheran liturgical year, nearly 200 motets, a St. Matthew Passion that was performed in Scandinavia as well as Germany, and about 400 hymns and religious songs. Some of these remain in use to this day (including his hymn melody “Vulpius” – heard in this morning’s closing hymn).

Sir Ernest MacMillan (1893-1973) was a Canadian orchestral conductor, composer, organist, and Canada’s only “Musical Knight”. He is widely regarded as being Canada’s pre-eminent musician, from the 1920s through the 1950s. His contributions to the development of music in Canada were sustained and varied, as conductor, performer, composer, administrator, educator, lecturer, adjudicator, writer, humorist, and statesman.

Frederick Lucian Hosmer (1840-1929) was an American Unitarian minister who served congregations in Massachusetts, Illinois, Ohio, Missouri, and California. He graduated from Harvard College in 1862, and from Harvard Divinity School in 1869. Beginning in 1875 and continuing for nearly four decades, he and his friend William Channing Gannett worked together, making a contribution to hymnody comparable to that of “the two Sams”, Samuel Longfellow and Samuel Johnson, a generation earlier.