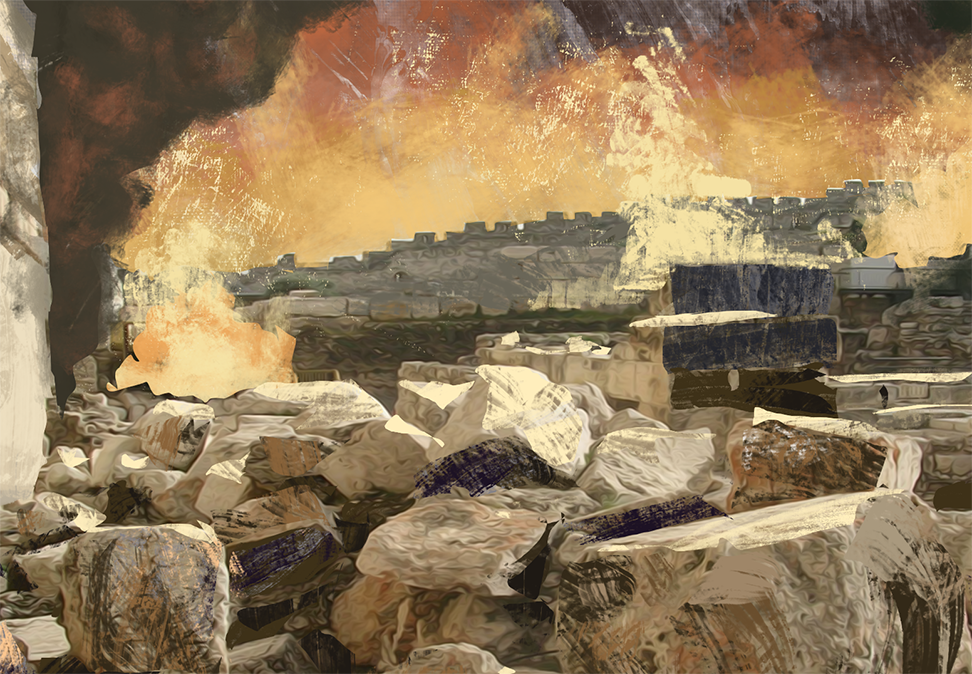 How firm a foundation, ye saints of the Lord,
Is laid for your faith in His excellent word!
What more can He say than to you He hath said,
To who unto Jesus for refuge have fled?

Fear not, He is with thee: O be not dismayed!
For He is thy God and will still give thee aid;
He’ll strengthen thee, help thee, and cause thee to stand,
Upheld by His righteous omnipotent hand.

In every condition, in sickness, in health,
In poverty’s vale, or abounding in wealth;
At home and abroad, on the land, on the sea,
“As thy days may demand, shall thy strength ever be.”

When through the deep waters He calls thee to go,
The rivers of grief shall not thee overflow;
For He will be with thee, in trouble to bless,
And sanctify to thee thy deepest distress.

(Translation)
Blessed are the undefiled in the way,
Who walk in the law of the Lord.
(Psalm 119:1)

Lead on, O King eternal:
The day of march has come.
Henceforth in fields of conquest
Thy tents shall be our home.
Through days of preparation
Thy grace has made us strong,
And now, O King eternal,
We lift our battle-song.

Lead on, O King eternal,
Till sin’s fierce war shall cease,
And holiness shall whisper
The sweet Amen of peace;
For not with swords loud clashing,
Nor roll of stirring drums,
With deeds of love and mercy,
The heavenly kingdom comes.

Lead on, O King eternal!
We follow, not with fears;
For gladness breaks like morning
Where’er thy face appears.
Thy cross is lifted o’er us;
We journey into light;
The crown awaits the conquest:
Lead on, O God of might.
(Ernest Warburton Shurtleff, 1862-1917)

Camille Saint-Saëns (1835-1921) was a French composer, organist, conductor and pianist of the Romantic era. His best-known works include Introduction and Rondo Capriccioso, the Second Piano Concerto, the First Cello Concerto, the opera Samson and Delilah, the Third Violin Concerto, the “Organ” Symphony and The Carnival of the Animals (1886). Saint-Saëns was a musical prodigy and made his concert debut at the age of ten. After studying at the Paris Conservatoire he followed a conventional career as a church organist, most notably at La Madeleine, the official church of the French Empire. After leaving the post twenty years later, he was a successful freelance pianist and composer, in demand in Europe and the Americas. Saint-Saëns held only one teaching post, at the École de Musique Classique et Religieuse in Paris, and although he remained there for less than five years, it was nevertheless important in the development of French music: his students included Gabriel Fauré, among whose own later pupils was Maurice Ravel. Both of them were strongly influenced by Saint-Saëns, whom they revered as a genius. Saint-Saëns was truly astonishing intellectually. He studied geology, archaeology, and botany, and was an expert at mathematics. He wrote scholarly articles on acoustics, occult sciences, Roman theater decoration, and ancient instruments. He was also a member of the Astronomical Society of France; he gave lectures on mirages, had a telescope made to his own specifications, and even planned concerts to correspond to astronomical events such as solar eclipses. In recognition of Saint-Saëns’ accomplishments, the government of France awarded him the Legion of Honour.

Turlough O’Carolan (1670-1738) was a blind Celtic harp player, composer and singer in Ireland whose great fame is due to his gift for melody. For almost fifty years, he journeyed from one end of Ireland to the other, composing and performing his tunes – both songs and instrumental harp music, which reflected various styles of composition. Most of these compositions were not published or even written down in his lifetime. They survived in the repertoires of fiddlers, pipers, and the last of the old Irish harpers/singers, and began to be collected and published during the late18th century and beyond. Although not a composer in the classical sense, O’Carolan is considered by many to be Ireland’s national composer.

Harry T. Burleigh (1866-1949) was an American classical composer, arranger, and professional singer known for his baritone voice. The first black composer instrumental in developing characteristically American music, Burleigh made black music available to classically trained artists both by introducing them to spirituals, and by arranging spirituals in a more classical form. He also introduced the noted Czech composer Antonín Dvořák to this genre of music, which then influenced some of Dvořák’s most famous compositions. Many of Burleigh’s popular art songs from the early 20th century have often been out of print since his death. Nevertheless, he remains one of America’s most important composers from the early 20th century.

Charles Villiers Stanford (1852-1924) was an Irish composer, music teacher, and conductor. Born to a highly musical family in Dublin, he studied at Trinity College, Dublin, and Queen’s College, Cambridge. Between 1874 and 1877 he also studied in Leipzig and Berlin. While still an undergraduate, Stanford was appointed organist of Trinity College, Cambridge. In 1882, aged 29, he was one of the founding professors of the Royal College of Music, where he taught composition for the rest of his life, and from 1887 on, he was also Professor of Music at Cambridge. As a teacher, Stanford was skeptical about modernism, and based his instruction chiefly on classical principles as exemplified in the music of Brahms. Among his pupils were rising composers whose fame went on to surpass his own, such as Gustav Holst and Ralph Vaughan Williams.

Henry Thomas Smart (1812-1879) was an English organist, composer and organ designer. His father (also named Henry) was a music publisher and piano factory owner, and a gifted musician, accomplished as both a violinist and conductor. The young Henry studied first with his father, and like his father, developed a talent for the construction and design of keyboard instruments. In his youth Smart worked as a draftsman for a time, but then turned to law. Soon, however, he abandoned that profession and returned to music, steadily building a career as an organist and composer. Although generally recognized as the most virtuosic concert organist of his day, and highly rated as a composer by his English contemporaries, Smart is now largely forgotten, save for his hymn tune Regent Square, which retains considerable popularity, and commonly performed with the words “Angels from the Realms of Glory”, and Lancashire (heard this morning sung to the text “Lead On, O King Eternal”.)

Ernest Warburton Shurtleff (1862-1917) was an American poet and minister. Educated at Boston Latin school and Harvard, he then attended Andover Theological Seminary in Newton, Massachusetts, and was ordained as a Congregational (forebear of the United Church of Christ) minister. He served churches in California, Massachusetts, and Minnesota, and then spent the last part of his career in Europe, founding the American Church in Frankfurt am Main, Germany, and working at the Academy Vitti in Paris, France.

William Byrd (1539-1623) was an English composer, keyboard player and teacher. Widely considered to be one of the greatest composers of the Renaissance, and one of the greatest of all British composers, he had a huge influence on composers both from his native England and those on the continent. He wrote in many of the forms current in England at the time, including various types of sacred and secular polyphony, keyboard, and consort music. Although he produced sacred music for Anglican services, sometime during the 1570s he became a Roman Catholic and wrote Catholic sacred music later in his life. Byrd’s exceptionally long lifespan meant that he lived into an age in which many of the forms of vocal and instrumental music which he had made his own were beginning to lose their appeal to most musicians. The native tradition of Latin music which Byrd had done so much to keep alive more or less died with him, while consort music (instrumental ensembles) underwent a huge change of character at the hands of a brilliant new generation of musicians.