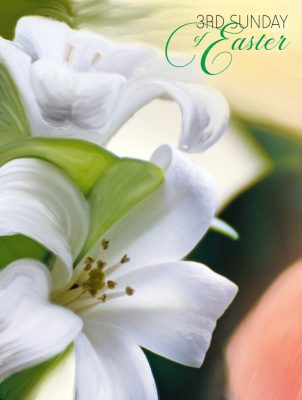 Sorrow lingers in the garden, willows weeping, wet with dew.
But in the breeze a whispered promise, “I am making all things new.”

Let the gentle hand of morning brush your eyes that you may see,
Mercies new and never ceasing into all eternity. Alleluia.

As it was in the beginning, in the end so shall it be.
Through the cross a new creation; Christ has won the victory. Alleluia.

Step by faith into the promise, bow the knee with voices raised,
Singing, “Holy, holy, holy”, in an endless song of praise. Alleluia.
(Susan Bentall Boersma)

All things bright and beautiful,
All creatures great and small,
All things wise and wonderful,
The Lord God made them all.

The purple-headed mountain,
The river running by,
The sunset, and the morning,
That brightens up the sky. R

The cold wind in the winter,
The pleasant summer sun,
The ripe fruits in the garden,
He made them every one. R

He gave us eyes to see them,
And lips that we might tell
How great is God almighty,
Who has made all things well. R
(Cecil Frances Alexander, 1823-1895)

Praise to thee, O Lord, for all creation,
give us thankful hearts, that we may see:
all the gifts we share, and ev’ry blessing,
all things come of thee.

Look at the earth bringing forth fruit and flower;
look at the sky, the sunshine and the rain;
look at the hills, look at the trees and mountains,
valley and flowing river, field and plain. R

Think of the spring, think of the warmth of summer
bringing the harvest before the winter’s cold.
Ev’rything grows, ev’rything has a season,
till it is gathered to the Father’s fold. R

Ev’ry good gift, all that we need and cherish
comes from the Lord in token of his love;
we are his hands, stewards of all his bounty;
his is the earth, and his the heav’ns above. R
(John Rutter)

Hymn This is My Father’s World

Sing. Be. Live. See.
This dark stormy hour, the wind, it stirs.
The scorched Earth cries out in vain.
Oh, war and power, you blind and blur.
The torn heart cries out in pain.
But music and singing have been my refuge,
And music and singing shall be my light.
A light of song, shining strong.
Alleluia! Alleluia!
Through darkness and pain and strife,
I’ll sing, I’ll be, I’ll live, see.
Peace.
(Frank Ticheli)

Through all the changing scenes of life,
In trouble and in joy,
The praises of my God shall still
My heart and tongue employ.

Of his deliverance I will boast,
Till all that are distressed,
From my example comfort take,
And charm their griefs to rest.

O magnify the Lord with me,
With me exalt his name;
When in distress to him I called,
He to my rescue came.

Fear him, ye saints, and you will then
Have nothing else to fear;
Make you his service your delight,
Your wants shall be his care.

Postlude This is My Father’s World/Fairest Lord Jesus

Cecil Frances Alexander (1818-1895) was an Anglo-Irish hymnodist and poet. “All Things Bright and Beautiful”, “There Is a Green Hill Far Away”, and the Christmas carol “Once in Royal David’s City” are three of her most well known hymn texts.

John Rutter (b. 1948) studied music at Clare College, England, and later became the College’s first full-time Director of Music in 1975, leading the choir to international prominence. In 1981 he founded his own professional choir, the Cambridge Singers, with which he has made many recordings of the sacred choral repertoire. Rutter’s choral music is very well known and much beloved in choral circles, and is performed worldwide. Look at the World was written in celebration of the 70th anniversary for the Protection of Rural England.

Maltbie Davenport Babcock (1858-1901) was a noted American clergyman. For a number of years he was the senior minister of the prestigious Brown Memorial Presbyterian Church in Baltimore, Maryland. During this time, he also led a fund-raising effort to assist Jewish refugees from Russia who were victims of an anti-Jewish pogrom. A clear thinker and a fluent speaker, he was described as having an unusually brilliant intellect and stirring oratorical powers that commanded admiration, and he was possessed of a personal magnetism which appealed to all classes of people. Babcock’s theology was broad and deep, and while he was not a published author, he wrote a number of poems and hymn texts – perhaps the best known being This is My Father’s World.

Frank Ticheli (b. 1958) is an American composer of orchestral, choral, chamber, and concert band works. He lives in Los Angeles, California, where he is a Professor of Composition at the University of Southern California. He was the Pacific Symphony’s composer-in-residence from 1991 to 1998, composing numerous works for that orchestra. Earth Song was written in 2007. 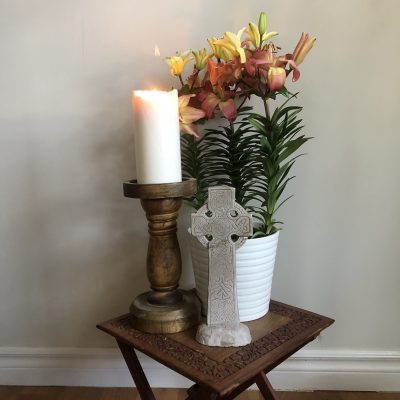 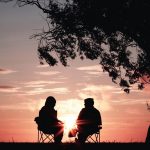 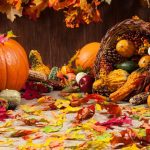 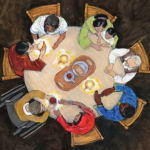